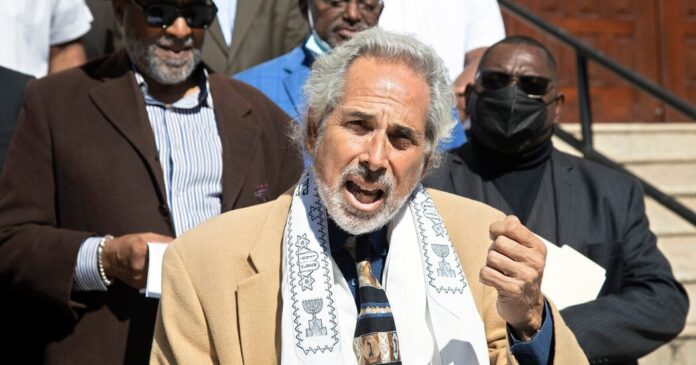 Religion, particularly the influence of Christian conservatives, has been at the heart of the anti-abortion movement and the push to overturn Roe v. Wade, the 1973 ruling legalizing abortion throughout the United States.

But a lawsuit filed last week by a South Florida synagogue challenges new legislation in the state banning most abortions after 15 weeks, saying it violates the State Constitution’s right to privacy and freedom of religion. In Jewish law, the suit argues, “abortion is required if necessary to protect the health, mental or physical well-being of the woman.

The lawsuit, filed by Congregation L’Dor Va-Dor, a progressive synagogue in Palm Beach County not affiliated with a broader denomination, may face an uphill climb in court. But it is a reminder that abortion poses religious issues beyond those of the Christian right. And it suggests potential legal issues that could surface at a time when Roe seems likely to be overturned, and the Supreme Court has been aggressively open to a wider role for religion in public and political life.

Florida’s state law limiting abortions, signed by Gov. Ron DeSantis in April, goes into effect July 1. In banning abortions after 15 weeks, it does not make exceptions for cases of incest, rape or human trafficking. It does, however, allow for abortions if the mother’s life is endangered or if two doctors determine that the fetus has a fatal abnormality. The law was challenged earlier this month by the American Civil Liberties Union of Florida on behalf of a group of abortion providers and abortion rights organizations.

Mr. DeSantis’s office said in a statement on Wednesday that it was “confident that this law will ultimately withstand all legal challenges.”

Deeply-rooted Jewish teachings indicate that abortion is permissible — and even required — if a mother’s life is in danger, said Jewish leaders from across the ideological spectrum. In Jewish thought, it is also widely accepted that as long as a fetus is in the womb, it has “potential,” but not full, personhood, said Michal Raucher, an assistant professor of Jewish Studies at Rutgers University.

Rabbi Barry Silver of the Florida synagogue is a self-proclaimed “Rabbi-rouser,” leading a congregation that says it practices a “modern, progressive Judaism” based in “reason and science.” A lawyer and former Democratic member of the Florida House of Representatives, Rabbi Silver said Jewish law was “consistent with life beginning at birth.”

But for some Jews that expansive interpretation has become more difficult to defend in the current political environment.

“It’s an uncomfortable position for many Jews to take publicly because there’s so much that the Christian Right has baked into that understanding of fetal personhood,” Professor Raucher said. “For decades, Jewish institutions have kind of danced around this, saying that it’s potential personhood, but we still value fetal life.”

Particularly in progressive Jewish communities, abortion is broadly accepted, beyond life-or-death situations. A 2014 Pew Research survey found that of more than 800 Jews surveyed, 83 percent said that abortion should be legal in most or all cases. In May, hundreds of Jews from varying movements rallied outside the U.S. Capitol in support of abortion rights. The 2022 National Survey of Jewish Voters conducted by the Jewish Electorate Institute found that 75 percent of Jews said they were concerned the Supreme Court would overturn Roe.

Among Orthodox Jews, the issue is more nuanced, said Rabbi Moshe Hauer, executive vice president of the Orthodox Union. Abortion is necessary if a mother faces grave physical or psychological harm, he said, but is not permitted because of “simple difficulty” or a “belief in the right to choose.”

“Jewish law believes we have an incredible responsibility to life and even to potential life,” he said.

Andrew Shirvell, the founder and executive director for Florida Voice for the Unborn, an anti-abortion group based in Tallahassee, said the lawsuit was merely a “publicity stunt” based on “pretty frivolous” arguments.

“This is one synagogue in Palm Beach County,” he said. “They certainly don’t speak for all Jews in Florida, or even the Jewish religion.”

The legal footing of the suit is tenuous, Douglas Laycock, a professor of religious studies at the University of Virginia Law School, wrote in an email. There is likely only a small window of possible litigation, given that exceptions for a mother’s survival are built into the Florida law.

“To claim that my religion permits abortion, or that this statute addresses a point of religious disagreement, is not nearly enough,” he wrote. “It is not what your religion permits that is protected, but what you do principally for religious reasons.”

But while the suit may not succeed, its central argument may prove prescient, said Mary Ziegler, a law professor at the University of California Davis School of Law and an expert on abortion history, politics and law.

“If this lawsuit isn’t the one, there’s going to be a lawsuit with a pregnant person who’s going to say the same thing,” she said.

There is precedent, too, for progressive efforts to expand abortion access on the basis of religious liberty, Professor Ziegler noted. Nearly 50 years ago, during discussions around the Hyde Amendment — first passed in 1976, barring the use of federal funds for most abortions — some on the religious left argued that the provision violated the separation of church and state and the free exercise of religion.

Now, as the Supreme Court adopts a broader interpretation of the First Amendment’s right to the free exercise of religion, some progressives have begun to reconsider that argument.

“This is kind of calling the Supreme Court on the idea that if religious liberty is really for everyone, then there should be winners and losers of all kinds, and the winners should not only hold a particular subset of beliefs,” Professor Ziegler said.