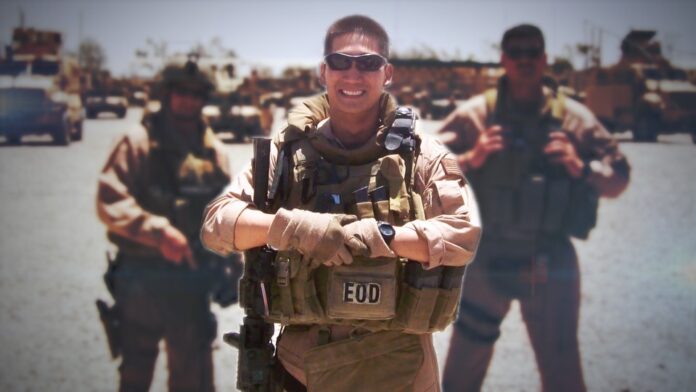 Republicans, looking to take back Virginia’s 10th Congressional District, picked a fresh face from Vietnam to represent the diversity that the party sorely needs on the ballot, say observers.

Hung Cao, 50, a former U.S. Navy special operator, said that the defining moment for his decision to run for Congress was the fall of Afghanistan.

“Nobody wants to do this,” Cao told The Epoch Times about his run for Congress, “but when you feel an obligation, you do it.”

Cao, a refugee and immigrant, said the similarities to the fall of Saigon were startling, and personal for him, as his family escaped Vietnam in 1975 on the proverbial last plane out.

So when Afghanistan fell in the first year of the Biden administration, Cao relived the experience his family had to endure decades ago.

“I had just left Afghanistan in January 2021 and watching it fall six months later after all the work we had done” served as an impetus for his decision to run, added Cao, who left the U.S. Navy as a Captain.

“The same person who caused this to happen [the fall of Afghanistan] caused the fall of Saigon,” said Cao of Biden, referring to the then-senator’s dissent against further funding the South Vietnamese government.

“And the same people caused the fall of Iraq,” added Cao, noting that Biden, as vice president, was also in charge of negotiations for the failed agreement to keep U.S. troops in Iraq.

Cao said that on defense issues, Biden “talks out of both sides of his mouth,” which makes the administration and the country appear weak.

“Every time the president says something it gets walked back by the White House,” said Cao, noting similar ambivalent statements from Biden about Russia’s invasion of Ukraine and a potential Chinese invasion of Taiwan, both of which Cao said encourage aggression.

“I believe in a strong national defense, what Ronald Reagan said, which is ‘peace through strength,’” said Cao.

According to the latest census data, Cao may have a bit of a leg up in the 10th Congressional District, as Asians make up 17 percent of the population, as opposed to 5.7 percent nationally.

At least one pollster is enthusiastic about the chances for the GOP in November’s midterm elections to take back the seat now occupied by Democrat Jennifer Wexton.

That’s in part because Cao appeals to the shifting electoral demographics of the district while maintaining key GOP constituencies.

“He [Cao] clearly showed an ability to reach core Republican voters and expand the electorate in a Republican nominating contest, very much like Governor Youngkin did last year,” Amanda Iovino, vice president at WPA Intelligence, told the Epoch Times.

“Part of the success of Youngkin’s 2021 campaign was expanding outreach into communities new to Republicans, and Cao is continuing that strategy which will make this district competitive in the fall,” Iovino concluded.

One Asian-American supporter of Cao’s said that for many Asians in the district, there is really only one issue that matters and it’s not guns or abortion or even inflation.

“Many Americans need to be reminded of the evils of communism and Marxism,” Xi Van Fleet, a former refugee from China and now a U.S. citizen who lives in Loudoun County, told the Epoch Times.

“The Marxist infiltration of America is the greatest danger,” added Van Fleet, noting that communism is responsible for around 100 million deaths in the 20th century, a total that only could have been reached under the organization provided by a government.

What the district needs is a representative who cares about issues important to residents, noted Van Fleet.

Cao accused incumbent Wexton of not being present for the community.

“She has been hiding in her basement for the last three years,” Cao said of Wexton.

Wexton, said Cao, serves on the powerful House Appropriations Committee, even though she’s a junior member of Congress.

Cao accused her of serving as Democrat House Speaker Nancy Pelosi’s “rubber stamp,” adding: “She’ll do everything Nancy Pelosi tells her to do to keep her seat.”

One pollster cautioned against the GOP being too optimistic because the seat has changed quite a bit since the last time it elected a Republican.

Barbara Comstock won in 2016 as a Republican, but was defeated in the Trump midterms in 2018.

FiveThirtyEight rates the district +8 for the Democrats after redistricting—what should be a safe seat for Democrats.

“Looking at the seat, its anchor is Loudoun County, which has gone heavily Democratic,” said Jim Ellis of Ellis Insight, a private polling firm.

“Even with all of the school board controversies that occurred during the gubernatorial race, some of which became national stories, Glenn Youngkin still lost the region by ten percentage points,” said Ellis.

But the GOP seems bullish on the race, including Virginia’s 10th Congressional District in its list of 75 targeted races. The NRCC immediately targeted the race after Youngkin’s victory in the Virginia gubernatorial race last November.

“No Democrat is safe in this environment,” said NRCC Chairman Tom Emmer in the latest target release, adding three more seats to the target list that the GOP means to contest.

Since the Youngkin victory, conditions have deteriorated in the economy, with inflation continuing to make monthly, record highs with interest rates rising as a result.

The consumer price index rose 8.6 percent in May.

Cao echoes what should be a district-wide concern that inflation will eat into the national defense budget, as the district is home to many defense contractors.

“To put into terms people understand: That’s the cost of 4 aircraft carriers, 36 guided-missile destroyers, 335 F35 Joint Strike Fighters,” Cao said of an inflation rate of 6.5 percent, well below the latest inflation figures for May.

“Those are forces we need in the South China Sea to thwart a potential Taiwan invasion,” said Cao, who admitted the issues were “kind of personal for me.”

After losing family in Vietnam and friends in Iraq and Afghanistan, Cao said there’s more to national security than fighting or fleeing conflict.

Much depends on the president’s “posture” towards friends and enemies, which Biden poorly understands, according to Cao.

“We are weak in the eyes of the world,” said Cao about Biden’s defense posture.

“Posture was done brilliantly by the last administration,” he added.

Getting past his history with Vietnam, there is another reason for Cao to make this race personal as he worries about the defense posture of America under Biden.

Cao lost friends in battlefields around the world, including in Iraq and Afghanistan.

“The last guy I buried was Chris McCoy, in 2019, a special forces guy, a Green Beret, and it just hurts,” said Cao.

Cao is hoping winning his race will improve the defense posture of the country and spare some of his buddies a potential bloody confrontation with China.

It also may send a message to Beijing that the United States is serious about defending Taiwan and preventing the fall of another friendly country to America’s enemies.

“If even 100 US troops were on Taiwan soil … it becomes, ‘Don’t strike us and hit our people,’” Cao concluded wistfully about how he would improve Washington’s posture towards Taiwan.

The Epoch Times has reached out to the White House and Wexton’s office for comment.