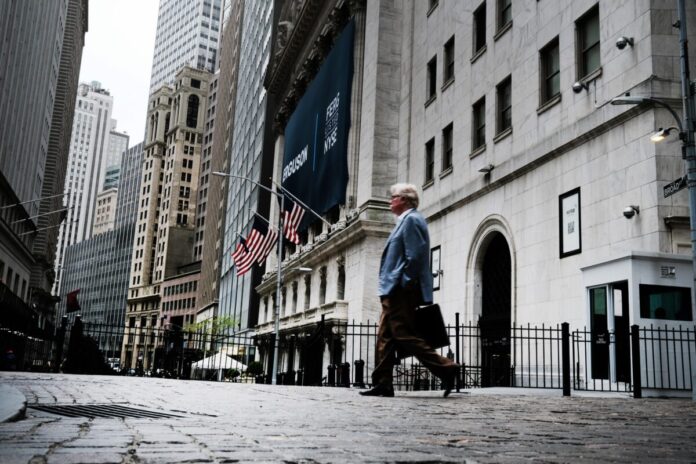 New weekly filings for unemployment insurance—a proxy for layoffs—inched down by 3,000 last week, suggesting the labor market remains tight, but the number was far lower than analysts expected, in a possible sign of choppy waters ahead for jobs.

First-time filings for unemployment insurance fell to 229,000 for the week ending on June 11, the Labor Department said in a report (pdf). Economists expected to see a far sharper drop of 17,000 in the jobless claims number down to 215,000.

The prior week’s jobless claims figure was revised up to 232,000 and the four-week moving average, which smooths out the week-to-week fluctuations, inched higher by 2,750.

Weekly unemployment filings touched a 54-year low of 166,000 in March and, since then, they’ve slowly continued to trend higher. If today’s data is revised upward next week, this would reinforce the view expressed by some analysts that the recent run of softer economic data is signaling a slowdown.

“Weekly jobless claims again exceeded expectations and will soon soar as consumers cut back on spending and businesses cut back on workers. June Philly Fed Mfg. fell to -3.3 and May housing starts and building permits collapsed. The home building industry is entering a depression!” economist Peter Schiff said in a tweet.

The Philadelphia Federal Reserve manufacturing survey index, released on Thursday, declined for the third consecutive month and turned negative for the first time since May 2020.

While the employment component of the Philly Fed index inched up slightly, growth expectations over the next six months deteriorated and the future general activity index saw a sharp decline.

“As such, these data suggest that manufacturers in the Philly Fed’s district have become more concerned about the economic outlook compared to prior months,” Chad Moutray, chief economist at the National Association of Manufacturers, said in a tweet.

U.S. housing starts and building permits both plunged in May, according to new data from the Census Bureau (pdf). New housing permits, which are a proxy for future residential construction, fell 7 percent month-over-month while housing starts plummeted 14.4 percent, the worst reading since April 2020. Both data points suggest that residential construction is facing headwinds as mortgage rates push higher.

Mortgage rates have been in an upward trend since touching record lows of around 3 percent last fall and as the Federal Reserve has embarked on a tightening cycle to cool red-hot inflation.

Freddie Mac reported on Thursday that the 30-year fixed mortgage rate has soared to 5.78 percent, making the biggest one-week jump since 1987.

Fed policymakers on Wednesday delivered a sharp 75 basis point rate hike—the highest since 1994—in a bid to quell inflation, which has been running at a 40-year high.

In other economic data, U.S. retail sales delivered a downside surprise when the figures were released Wednesday, with analysts expecting a 0.2 percent advance while sales fell 0.3 percent.

A growing number of economists have expressed concern about a possible recession, with Wells Fargo analysts reacting to the Fed’s Wednesday rate hike announcement with a revised forecast that now predicts a “mild recession” next year.

Other banks, including Deutsche Bank and Morgan Stanley, have also warned of rising recession risks.