He Was Acquitted of a 1990 Murder. But New DNA Test Shows He Was Guilty, Officials Say. 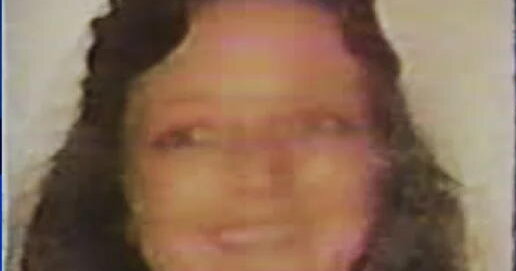 A recent DNA test showed that a man who was found not guilty in the murder of a horse groomer at a Florida racetrack more than 30 years ago was, in fact, the killer, the authorities said on Wednesday.

Lawyers for the man, Robert Earl Hayes, had asked investigators in 2020 to retest the strands of hair found in Pamela Albertson’s hand after she was raped and killed in February 1990 at the Pompano Beach racetrack in South Florida, where they both worked. The lawyers believed that the findings would help exonerate their client in an earlier killing in 1987, when, the authorities say, he killed another racetrack worker in Oneida County, N.Y.

In the New York case, Mr. Hayes pleaded guilty to manslaughter, arson and burglary in 2004. He was sentenced to 15 to 45 years in prison and is eligible for parole in 2025.

But investigators also retested vaginal DNA collected from Ms. Albertson, and found that it was a match with Mr. Hayes, effectively proving that he was guilty all along, said Harold F. Pryor, the Broward County state attorney in Florida.

Mr. Pryor cannot retry Mr. Hayes, now 58, in the Florida case because the Constitution prohibits people from being retried for substantially the same crime if they were already acquitted.

“We believe it is just as relevant to speak the truth about what happened in this case,” Mr. Pryor said, “and try to hold Mr. Hayes accountable — to the extent possible — as it is to exonerate those who are innocent.” He added that his office would speak to the parole board in New York “to ensure that Mr. Hayes is not released from prison.”

The Innocence Project of New York, which represented Mr. Hayes, did not comment on Wednesday, saying via email that “Mr. Hayes’s former attorney could not be reached.”

Barbara Heyer, Mr. Hayes’s lawyer in Florida, did not immediately respond to a call and email seeking comment on Wednesday. She told The Associated Press that Mr. Hayes had admitted to having sex with Ms. Albertson, so it would make sense to find his DNA on her.

Mr. Hayes was initially convicted of raping and murdering Ms. Albertson in 1991 and sentenced to death, Mr. Pryor said in a statement. But the conviction was overturned by the Florida Supreme Court in 1995 after it questioned the reliability of the original DNA test, which was one of the first of its kind in the state, he said.

The court’s ruling had stemmed from a technique of DNA testing called “band-shifting” that it deemed unreliable. It involved slightly tweaking the bands on a DNA test, which would have been on X-ray film in the 1990s, said Dan Krane, a professor of biology at Wright State University who has researched tools to evaluate DNA evidence for criminal investigations.

“The court was saying, if the band-shifting didn’t occur, this wouldn’t be a good match,” Professor Krane said.

That evidence was not allowed during the second trial. A Florida jury found Mr. Hayes not guilty at a retrial in 1997.

In the 1990s, DNA tests required a much larger sample size to be effective, like a blood stain the size of a quarter, Professor Krane said.

Now, the quantity needed for an accurate DNA test is too small for the naked eye to see. Often, he said, all that’s required are the few cells left behind by the touch of a fingertip.

It’s likely investigators in 2021 did a “differential extraction” DNA test for this case, which separates sperm cells from other types of cells, Professor Krane said. The cells can still be detected even decades later, especially if they are kept in a cool, dark laboratory, he said.

Mr. Hayes’s association with the Florida case led the authorities in New York to charge him with manslaughter in the 1987 killing of Leslie Dickenson, a horse groomer at the Vernon Downs racetrack, 40 miles east of Syracuse.

Ms. Dickenson’s death had initially been ruled a suicide, but it was reinvestigated after Mr. Hayes was charged in the killing of Ms. Albertson.

Ms. Dickenson had been found by the authorities “hanging in her apartment,” covered in blood and with multiple stab wounds on her wrists and neck, according to a report from the Broward County Sheriff’s Office.

Lawyers from the Innocence Project of New York argued that the hairs found in Ms. Albertson’s hands had belonged to a man who also worked on the same racetrack circuit as Mr. Hayes and both victims, and who they believed was the “real killer,” Mr. Pryor said. The latest DNA testing, however, showed that some of the hair belonged to Ms. Albertson and not to Mr. Hayes or the other racetrack worker.

Donna Dickenson-Helps, Ms. Dickenson’s sister, said in a statement on Wednesday that one of her biggest regrets was that Mr. Hayes “took her from us and she never got to know both her nieces and her great-nieces and nephews.”