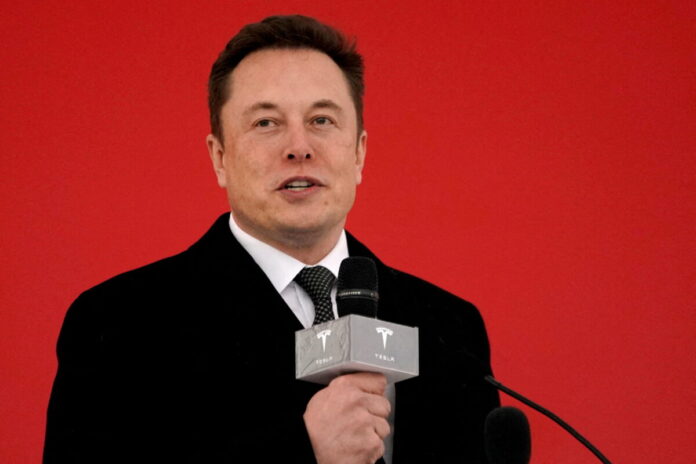 A portion of billionaire tech entrepreneur Elon Musk’s call with Twitter employees was released Thursday, with the Tesla CEO saying that he believes “people should be allowed to say pretty outrageous things” as long as it’s legal.

“So I think people should be allowed to say pretty outrageous things that are in the bounds of the law but that don’t get amplified and don’t get a ton of reach,” he said in full, according to a video released by Project Veritas. Musk, who is attempting to purchase Twitter for $44 billion, was speaking during a Twitter all-hands meeting.

Musk added, “I think an important goal for Twitter would really try to include as much of the country … as much of the world as possible,” allowing the social media platform to “really go to the next level.”

“I think the potential is there for Twitter to have … to be accessible to an order of magnitude more people,” he added. “Let’s say the far-left 10 percent and the far-right 10 percent were equally upset on Twitter, then that would probably be a good outcome.”

Elaborating further in the short clip released by Veritas, Musk said Twitter should meet a “standard” to keep Twitter users “very entertained and informed” above all else, rather than merely employing policies to “not offend” certain people. Musk appeared to have been answering a series of questions from employees who work at the San Francisco-based tech firm.

In April, Musk and Twitter jointly announced that he would purchase the company and take it private. Such deals tend to take several weeks or months to complete, and much of Twitter’s top leadership team is still intact with current CEO Parag Agrawal still at the helm.

But the deal appeared to hit a snag in May after Musk said Twitter wasn’t providing him with enough data on bots, or automated and AI-driven accounts. Musk has alleged that there are far more bot accounts than Twitter has let on, but in June, the company reportedly said it would provide him with spam data as part of the deal.

Musk, the world’s richest man, has often criticized Twitter’s policies around content moderation, recently saying that its staff holds biases against “half the country,” meaning conservatives.

“A platform cannot be considered inclusive or fair if it is biased against half the country,” he said in a June 13 Twitter post as popular Twitter account Libs of TikTok said it received numerous death threats in recent days.

“I have now received about a dozen death threats after radical leftists accused me of being a domestic terrorist extremist,” Twitter user Libs of TikTok wrote. “Twitter has not removed any of the accounts of those who sent the threats.” Musk responded with: “Why?”