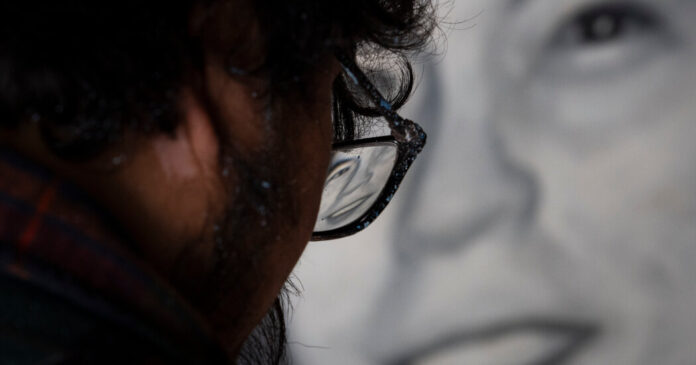 MADISON HEIGHTS, Mich. — When Vincent Chin, a Chinese American man who lived near Detroit, was beaten to death with a baseball bat after being pursued by two white autoworkers in 1982, it horrified and mobilized Asian Americans across ethnic and linguistic lines.

Mr. Chin was killed at a time when the rise of Japanese carmakers and the collapse of Detroit’s auto industry had contributed to a rise in anti-Asian racism. But over time, his death began to fade from collective memory.

Stephanie Chang, the first Asian American woman elected to the Michigan Legislature, does not recall hearing about the fatal beating of Mr. Chin until she was in high school. Rebeka Islam, who leads an Asian American voting organization in the Detroit area, was not aware of the case until a few years ago. Ian Shin, a University of Michigan historian who studies Asian Americans, said he did not know of Mr. Chin’s death until college.

Now, with the 40th anniversary of the killing approaching this month, at a time of an alarming surge in anti-Asian violence, a younger group of Asian Americans has sought to bring attention to the case, combining forces with some of those who led the initial fight to seek justice for Mr. Chin. At stake, they say, is not just the legacy of one man, but painful lessons about prejudice that have been made all the more urgent by the coronavirus pandemic, the breakdown in U.S.-China relations and the spate of anti-Asian hate crimes seen across the country over the past two years.

“As bad as things were during the auto crisis, we didn’t have these mass assaults on Asians all over the country,” said James W. Shimoura, a lawyer who is a Detroit native and a Japanese American, and who volunteered on the Chin case in the 1980s. “It’s worse now. It’s absolutely worse now than it was 40 years ago.”

Asian Americans have been living in increased fear of racism and physical violence since Covid-19 was first detected in China two and a half years ago. Early in the pandemic, President Donald J. Trump and others repeatedly used terms like “kung flu” and “Chinese virus” to describe the pathogen. That discourse, Asian American leaders said, emboldened some people to act out hatefully, echoing the climate at the time of Mr. Chin’s killing.

“People see the parallels of scapegoating an ethnic group or an entire racial group for something that is clearly not actually due to that group, whether it was the struggling auto industry in the ’80s or the coronavirus now,” said Ms. Chang, a state senator from Detroit.

Mr. Chin, who was 27, worked as a draftsman and part-time waiter and was about to get married. On the night he was killed, he had gone with friends to a strip club for his bachelor party. He got into an argument, and then a fight, with white patrons of the club. One dancer would say later that she overheard one of the attackers, using an obscenity, tell Mr. Chin that it was “because of you” that people like him were out of work.

A Rise in Anti-Asian Attacks

The dispute seemed to have ended at the club. But the two white men, Ronald Ebens and Michael Nitz, tracked Mr. Chin to a McDonald’s a few blocks down Woodward Avenue. There, in front of a crowd that included off-duty police officers, Mr. Ebens bludgeoned Mr. Chin to death with a baseball bat. Mr. Ebens and Mr. Nitz later accepted plea deals on manslaughter charges in state court. They were each sentenced to probation and a roughly $3,000 fine, but no prison time.

The lack of serious consequences infuriated Asian Americans, who held protests that drew national attention and successfully pushed for a federal civil rights prosecution. For Detroit’s Asian American community, which had a long history in the city but a relatively small population, it was one of the first times they wielded power across barriers of language and national origin.

“We saw it as a time when we were all feeling the stress of being scapegoated and targeted,” said Helen Zia, a Chinese American who had been laid off from a Chrysler plant in Detroit, and who became a leader of the protests pushing for a federal prosecution in the Chin case. She added: “The enemy was Japan, and Vincent was a Chinese American. It didn’t matter. It could have been — it could be — any Asian American.”

Mr. Ebens did not respond to a request for comment; attempts to reach Mr. Nitz, who was acquitted on civil rights charges, were not successful.

The killing and the legal process that followed traumatized a generation of Asian Americans in Michigan. At the Association of Chinese Americans’s community center in Madison Heights, a Detroit suburb, news clippings about the Chin case and photos from protests still hang from the wall.

“Something so bad happened like that, the people will be scared,” said Kwong Tak Cheung, who immigrated to the Detroit area from China about 50 years ago, and who was at the community center playing traditional Cantonese music on a recent afternoon.

Mr. Cheung said he had known Mr. Chin from a Chinese restaurant in another suburb where they both worked for several years. Mr. Cheung said his friend had been popular among customers and colleagues, known for his perpetual smile. Mr. Chin’s death, he said, had revealed that “in some American people, deep inside the mind is discrimination.”

Unlike in some other cities, there is no one center of the Asian population in Metro Detroit. The city’s Chinatown was forced to relocate decades ago, and the one that replaced it has all but faded away. Today, little remains beyond a welcome sign, a restaurant and a boarded-up building with Chinese writing.

Ms. Chang, a Democrat, has sponsored a bill in the Michigan Senate that would require students to be taught about Asian American history, but it has yet to receive a committee hearing in the Republican-controlled chamber.

Over the decades, most Detroiters of East Asian heritage scattered to the suburbs, while more recent arrivals from Bangladesh, Pakistan and India moved into the city and to Hamtramck, an enclave almost completely encircled by Detroit. About 10,000 Detroit residents identified themselves as Asian during the most recent census, less than 2 percent of the city’s population. The numbers are higher in the suburbs, including in Oakland County, where there are more than 100,000 people of Asian heritage, about 8 percent of all residents.

“Asian Americans in Michigan have a very different experience than Asian Americans on the coasts,” said Jungsoo Ahn, a native of the Detroit suburbs who is Korean American, and who leads Rising Voices, a left-leaning organization that works to mobilize Asian voters in the state. “In other states, you’re able to create a sort of pan-Asian identity, whereas because of the sprawl and geography here, and the various waves of immigration, it’s been harder to form that.”

There have not been high-profile cases of anti-Asian violence in the Detroit area during the pandemic. But leaders of the Chinese American community center said that many of the people they served before the pandemic have been reluctant to return for in-person activities because of anxiety about the virus and the racist attacks seen in other parts of the country.

Data backs up those fears. A study by the Center for the Study of Hate and Extremism found a 224 percent increase in anti-Asian hate crimes in 2021 in a sampling of large American cities. Attacks on spa workers in the Atlanta area, many of whom were Asian, shocked the country last year. And in New York City, the police made 58 arrests and recorded 131 bias incidents against Asians in 2021; high-profile attacks have continued this year.

As those crimes unfolded, and as the anniversary of Mr. Chin’s death approached, Asian Americans in the region said they saw a need to remind younger Detroiters about the case and discuss the ways it remains relevant. A four-day series of events, including music performances and an interfaith ceremony, was set to begin Thursday with a filmmakers’ meeting and the screening of a documentary about an Asian American family in rural Michigan.

That is very different from some past anniversaries of Mr. Chin’s death. A core group of people always commemorated his death, but the events sometimes attracted limited interest even among other Asian Americans, said Shenlin Chen, a former leader of Detroit’s Association of Chinese Americans.

“Because of the pandemic, because of the Asian hate in the past two years — people are thinking we’re the virus and we bring the virus — people got more awareness,” said Ms. Chen, who emigrated from Taiwan. “They know what this is all about now. And they know it’s something where they need to care.”