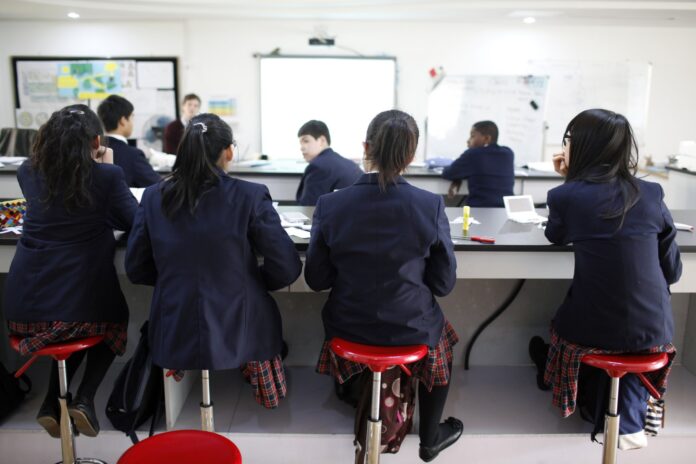 Authorities across China have begun nationalizing private schools, amid ongoing reforms aimed at bringing all educational institutions under the direct control of the ruling Chinese Communist Party (CCP).

Thirty-eight private primary and secondary schools across more than 10 districts were forced back into public ownership in the northern city of Xi’an, the municipal education bureau announced on Tuesday.

Meanwhile, the Shanghai municipal government said it had “bought out” around 20,000 places at the city’s private schools, effectively turning at least 30 private schools into free education providers.

Former teacher Jia Minling said Shanghai’s government had previously welcomed private education in the city, and the number of private schools had mushroomed, many of them offering extremely high standards of teaching and facilities.

“If they are taking back [the private sector] in this way, then it means education will be completely in the hands of the government,” Jia said. “Private schools make efforts to compete for enrollments, and the teachers are very responsible and really serious about improving the children’s grades.”

Provincial authorities in the central province of Hunan, eastern province of Jiangsu and the southwestern province of Sichuan have recently all announced they are moving to ensure that private schooling accounts for no more than five percent of the education sector in their province.

An education insider in Shanghai who gave only the surname Pan said the nationalization program appears to be gathering momentum across China.

“They are gradually bringing them back into the public sector, although they can’t do that all in one go,” Pan said. “Now there are targets being set for each district.”

“A lot of Shanghai private schools have reduced their fees … so now, not only do they not make money, they can’t even operate. They call it delisting.”

The government has bought out some of the places at private schools, in order to enable students to pay no fees, according to reports, while imposing lower or zero fees on others.

More than 17,000 school places have been forcibly bought out by the government, across 87 schools, with 30 schools now charging no fees at all.

Jia said the government was “interfering” with the schools’ private operations.

“Private schools are responsible for their own profits and losses,” Jia said. “What right do they have to interfere with that?”

“If the tuition is too high, they will not be able to recruit students. They are restricted by the market economy,” he said. “[The government] are building public schools with taxpayer money.”

“Private schools are private enterprises that didn’t ask the government to invest a cent when they built their schools, nor were their teachers paid by the education bureau,” he said. “Now they want to take them back into public ownership when they see them doing well.”

The ministry of education announced in August 2021 that there will be no more private education in China by August 2023.

More than 75 percent of students in primary and secondary education attended after-school tutoring in 2016, the most recent industry figures showed, and the need to hothouse children privately to get them into the best schools was criticized by CCP leader Xi Jinping in March as a barrier to boosting birth rates.