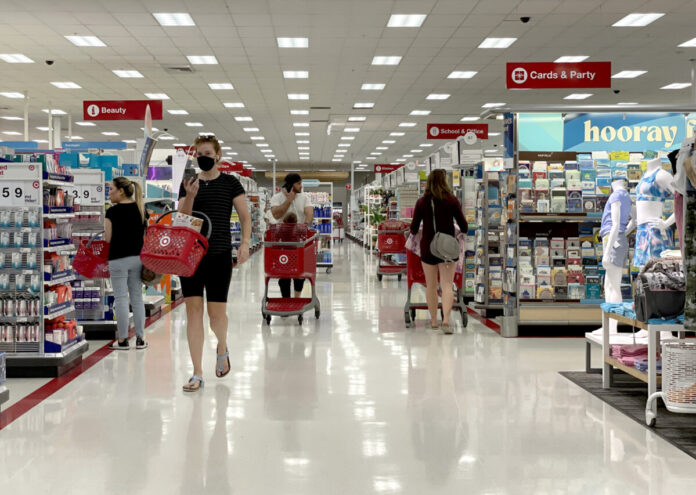 The Federal Reserve raised interest rates by 75 basis points at the June Federal Open Market Committee (FOMC) policy meeting as the central bank tries to stop inflation from spiraling out of control.

Deutsche Bank analysts are already anticipating the rate-setting Committee to pull the trigger on a three-quarter-point increase at next month’s meeting, which could bring the Fed funds rate to around 2.3 percent.

With Fed Chair Jerome Powell and colleagues paving a path of rate normalization, what kind of impact will this have on American borrowers, savers, and prospective homeowners?

The U.S. central bank directly affects the prime rate—the base rate of how other interest rates are formulated—so when it is higher, consumers will endure greater borrowing costs. This can affect everything from personal loans to credit cards.

Credit card companies charge their clients a variable interest rate that is based on the prime rate. Since the Fed’s actions impact short-term rates, this can influence what customers pay on credit cards.

According to Wayne Winegarden, senior fellow at Pacific Research Institute, a California-based free-market think tank, the Fed’s decision to raise interest rates by 75 basis points is an appropriate response to the high inflationary pressures that are undermining the economy.

He says, however, rising interest rates will continue to put downward pressure on the financial markets and housing values, reduce consumer borrowing and spending.

“For those consumers with credit card debt or variable rate mortgages, the affordability squeeze will worsen as interest rates rise,” he told The Epoch Times in an email. “Businesses, particularly small businesses, will see rising cost structures and stagnant (perhaps declining) sales growth. Companies that are highly leveraged could, depending on how these debts are structured, face higher rates of bankruptcy.”

Although mortgage rates are not directly connected to the Fed’s monthly rate decisions, they are mostly tied to the benchmark 10-year Treasury yield. This generally functions as a benchmark to the 30-year fixed mortgage rate, which surged to 6.28 percent on Tuesday, up from 5.55 percent in the previous week.

That said, interest rates on home equity lines of credit (HELOCs) will be more affected by the Fed because these financial products are typically pegged to the prime rate.

The same applies to interest rates for automobile loans. They are usually tied to the prime rate.

Analysts are penciling in more rate hikes this year, which will likely push the fed funds rate to around 3.5 percent by the end of the year.

“If you’re in the market for a mortgage or car loan, borrowing costs are going up. If you have credit card debt or a home equity line of credit, the cost of carrying that debt will rise right alongside the Federal Reserve interest rate hikes. And the cumulative effect is what to watch out for,” he told The Epoch Times.

“Mortgage rates are up nearly 3 percentage points since the beginning of the year and if the Fed raises rates by a total of 3 percentage points this year, your variable rate credit card and home equity line of credit will increase that much as well.”

The current situation has spawned affordability concerns. According to data from the Census Bureau and the Department of Housing and Urban Development (HUD), the average sales price of houses sold topped $500,000 in the first quarter. With a 20 percent down payment and an increasing mortgage rate, there is a risk that too many households will be sitting on the sidelines in the real estate market.

“Only when consumer price inflation tops out and starts to fall will mortgage rates stabilize or even decline a bit.”

For years, savers have endured negative returns on their cash deposits. This is because the real interest rate (adjusted for inflation) has been subzero for a while.

Now that rates are on the move, savers will benefit because they will receive more interest on their funds. Higher rates will result in higher yields.

Today, the national average annual percentage yield (APY) is just 0.07 percent, according to the Federal Deposit Insurance Corporation (FDIC). But consumers can find better rates throughout the banking landscape, be it online financial institutions or high-yield savings accounts.

Still, even in a rising-rate economy, consumers are still losing money on their cash savings accounts since inflation remains north of 8 percent. Americans’ purchasing power has eroded, making it more challenging to stretch their incomes to buy essential and non-discretionary goods and services.

The U.S. personal savings rate plummeted to 4.44 percent in April, according to the Bureau of Economic Analysis (BEA). This is the lowest figure since 2008.

How to Survive in a High Interest Rate World

In the end, rising interest rates can lead to a plethora of issues for the broader economy, whether it is the local business that cannot afford to hire or retain employees or a family unable to afford to buy a residential property.

As the Federal Reserve paves the path to a neutral rate of around 2.5 percent, how can consumers survive in this type of market?

From a basic personal finance standpoint, it is important for households to pay down debt and add to their rainy-day fund.

“Pay down debt, especially variable rate debt where you’re most exposed to rising interest rates,” McBride stated. “Boost your emergency savings, as not only are returns for online savings accounts climbing, but you’ll be better able to weather economic uncertainty with a bigger cushion.”

The other crucial factor, according to McBride, is to keep your retirement plans intact rather than panicking.

“And stay the course with your retirement savings—keep making your 401k contributions every pay period and other than the usual periodic rebalancing, don’t divert from your intended investment mix,” he added.

Emel Akan writes about business and economics. Previously she worked in the financial sector as an investment banker at JPMorgan. She graduated with a master’s degree in business administration from Georgetown University.