What Do Lula’s Infatuations With Dictators Say About Himself? 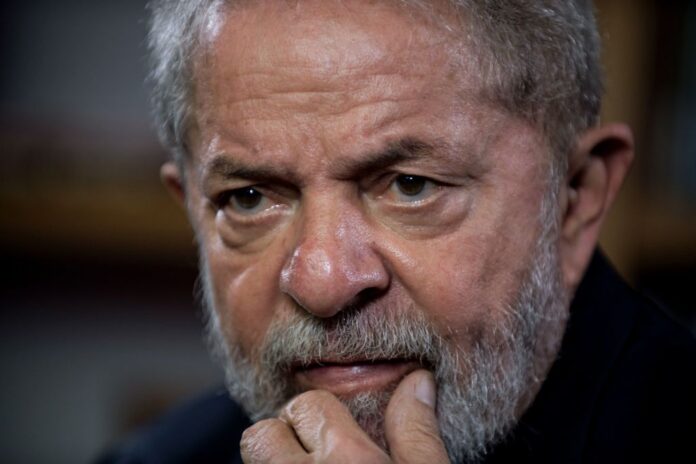 It is ironic to see this far-left politician considering the present incumbent a major threat to democracy in Brazil. For when Lula served as the nation’s 35th president, from 2003 to 2010, his government pushed for the creation of unconstitutional bodies of external (political) control over the press, television, and film.

Thankfully, the numerous corruption scandals that shook the Lula administration, including a vote-buying scheme in the Congress, at least offered the beneficial effect of demoralising a government that seemed quite bent on establishing a long-lasting socialist dictatorship.

During the Lula administration, Brazil actively supported the request from Cuba and Libya to suspend the consultative status of the Reporters Without Borders (RWB) within the U.N. Commission on Human Rights, on July 23, 2003. Arguably, the Brazilian government may have done so because RWB dared criticise Lula’s close friends Mu’ammar Gadhafi and Fidel Castro for suppressing freedom of the press in their countries.

As one of the founders of the FSP, Lula was elected as its first chairman. Under his leadership, it is believed that the FSP helped coordinate the programs of extremists whose names appear on the FBI’s list of most-wanted terrorists.

In September 2002, Constantine Menges, a former CIA intelligence officer, observed: “Lula has been a sponsor of international terrorism because these annual meetings [of the FSP] are used by the anti-U.S. terrorist and radical organizations to coordinate their plans for taking power in their respective countries and for planning actions against the United States.”

The successor of Lula as FSP chairman was his foreign affairs advisor Marco Aurélio Garcia. On Oct. 5, 2002, in an interview with Argentina’s newspaper La Nación, Garcia claimed that, once in power, Lula would have no interest in preserving democracy. He told the paper: “We have to first give the impression that we are democrats, initially; we have to accept certain things. But that won’t last.”

Three days before the interview, the French newspaper Le Monde published a story which says that Lula “strongly believes that every election is a farce and a mere step to take power.”

This might help to understand why Lula is always happy to consort with notorious dictators and terrorists. In October 2003, the former president did an official tour in Northern Africa where he visited only regimes with an appalling human rights record—Algeria, Sudan, Libya, and Egypt. The press described it as a “tour of dictatorships.”

While visiting Libya, Lula called Mu’ammar Gaddafi, its dictator at that time, a “close friend” whose “advice” he always appreciated.

It is common knowledge that relations between Lula and the late Fidel Castro, Cuba’s communist dictator, were deeply cordial. On one of Lula’s visits to the Caribbean island-state, he gave this tribute to the former dictator: “In spite of the fact that your face already is marked with wrinkles, Fidel, your soul remains clear, because you never betrayed the interests of your people. Thank you, Fidel—thank you for existing!”

In April 2003, perhaps as a way of expressing his sympathy with Castro’s communist regime, Brazil abstained from condemning the assassination of Cuban political dissidents at the U.N. Human Rights Committee. Speaking on behalf of the Lula administration, Brazil’s ambassador to Cuba, Tilden Santiago, expressed approval for the execution of those dissidents, calling them “traitors” who were “destabilising” the communist regime.

During Lula’s presidency the nation aggressively sought to influence other Latin American countries on a scale never seen before. In the 2009 constitutional crisis in Honduras, Lula stood firmly behind the ousted President Manuel Zelaya after he attempted to stage a coup to follow in the steps of his Venezuelan ally Hugo Chavez. Zelaya took refuge in the Brazilian embassy and used its premises to instigate insurrection against the Honduran people and their government.

It is well-known that Chavez’s autocratic rule in Venezuela was responsible for appalling human rights violations, including the suppression of free speech, the killing of political dissidents, police torture, and politicisation of the courts.

And yet, Lula regarded Chavez as a “true democrat” and, on March 5, 2013, he wrote an op-ed in the New York Times saying that he and Chavez were “quite close” and shared “the same vision” for Latin America.

In June 2009, Iran’s President Mahmoud Ahmadinejad was returned to power amidst accusations of electoral fraud and vote-rigging. After the disputed election thousands of Iranians protester were arrested and hundreds killed, some while being held in prison. Lula called them “losers” and compared that brutal crackdown to a “row between fans of rival soccer clubs.” So it wasn’t a surprise when Lula heartily slapped Ahmadinejad on the back at the U.N. General Assembly and stoutly defended Iran’s nuclear program. He was “undermining the mandate of the U.N. Human Rights Council,” said Julie Rivero of Human Rights Watch.

So the question is: why is the former president of Brazil so keen on befriending so many dictators and terrorists? Does this say something about Lula himself and the real nature of his political intentions? Surely, the fact that he values the close friendships of dictators and terrorists is in itself a strong sign that he is neither a true democrat nor a leader particularly concerned about the protection of human rights.

Nothing could be more tragic to his country and to the world than the return of this far-left politician to the presidency of Brazil.

Augusto Zimmermann is professor and head of law at Sheridan Institute of Higher Education in Perth. He is also president of the Western Australian (WA) Legal Theory Association and served as a member of WA’s law reform commission from 2012 to 2017. Zimmermann is an adjunct professor of the University of Notre Dame Australia, and has co-authored several books including COVID-19 Restrictions & Mandatory Vaccination—A Rule-of-Law Perspective (Connor Court).