US Navy Fires 5 Officers in Less Than a Week, Gives No Reason Why 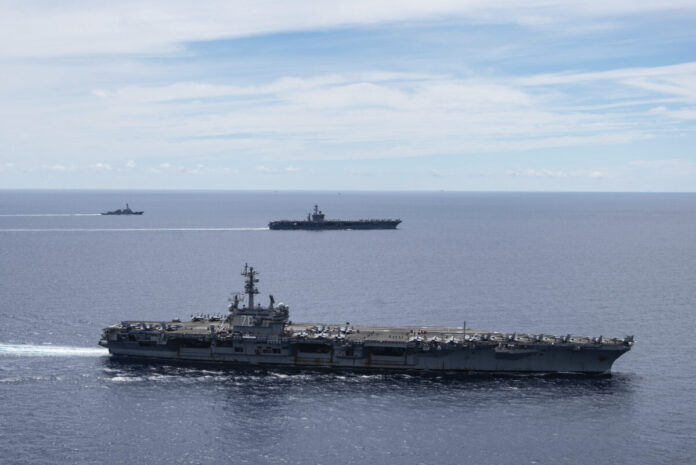 The U.S. Navy announced that it fired five officers in the span of only a few days, with the most recent termination occurring on Tuesday.

Capt. Larry Repass, the deputy commodore of Destroyer Squadron 23, took over as commanding officer of the USS Preble until a permanent one is named, according to a news release from the Navy. It’s not clear what will happen to Lesaca, and no other details were provided.

“Navy commanding officers are held to high standards of personal and professional conduct. They are expected to uphold the highest standards of responsibility, reliability, and leadership, and the Navy holds them accountable when they fall short of those standards,” the release stated.

Over the past weekend, it was announced that three other naval leaders, including commanding officer Cmdr. Devine Johnson and Command Master Chief Petty Officer Earl Sanders with the USS Bulkeley, were removed last week.

Johnson and Sanders will be temporarily reassigned to a department within the Naval Surface Force Atlantic, the Navy said.

“There is no impact to the command’s mission or schedule due to this relief,” the statement said.

And Capt. Jeffry Sandin was removed as the head of Recruit Training Command in Great Lakes, Illinois, on Saturday, the Navy said.

Days before that, on June 8, the Navy removed Cmdr. Matthew McCormick was commanding officer of a Growler squadron that was sent to the Mediterranean Sea as part of a strike group associated with the USS Harry S. Truman carrier, according to the service.

In each of the four additional cases, the Navy cited a “loss of confidence.” However, no details were provided.

On May 31, the Navy also removed several officers leading the Naval Justice School in Newport, Rhode Island. They include Capt. Amy Larson, the commanding officer, and Marine Corps Lt. Col. Bret Swaim, the executive officer, according to the Navy, citing a loss of confidence. No details were provided, either.

Since the rollout of the U.S. military’s mandatory COVID-19 vaccine regime last year, thousands of service members have been discharged. It’s not confirmed if the recent firings were related to the vaccine mandate.

In December and January, the Navy similarly removed several officers from their leadership positions over the span of about four weeks, according to the military news website Task & Purpose.