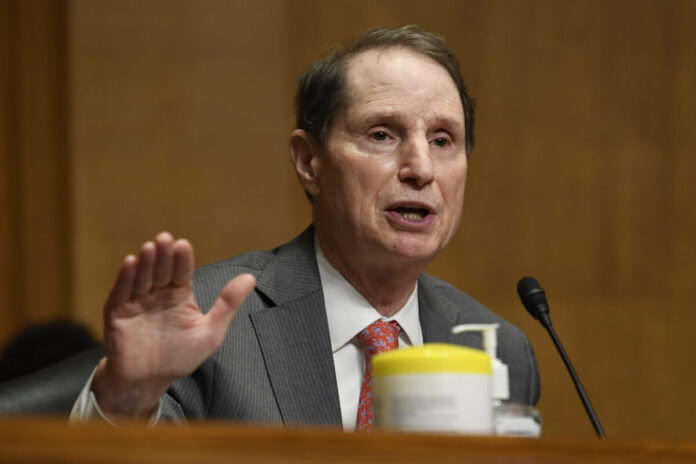 Sen. Ron Wyden (D-Ore.), an ally of President Joe Biden in the Senate, proposed a bill to punish U.S. oil companies by placing a 21 percent surtax on profits that exceed 10 percent, a spokesperson said.

A spokesperson for Wyden confirmed to CNN on Tuesday that the senator is floating the 21 percent surtax. The Epoch Times has contacted his office for comment.

In order to pass the Senate, Wyden’s proposal would likely need all 50 Democrat senators in order to overcome Republican opposition, which means gaining the support of Sen. Joe Manchin (D-W.Va.), who has said he doesn’t want any new taxes on the oil, gas, or energy industry.

The economy of West Virginia, which Manchin represents, has historically relied heavily on the coal, natural gas, and oil industries. And meanwhile, it seems unlikely that any Republican senator in the 50–50 Senate would back such a measure.

The proposal comes as President Joe Biden and other White House officials have increasingly started blaming oil companies for the hike in gas prices. They’ve also blamed the high costs on the Russian invasion of Ukraine, although they rarely mention U.S. sanctions against Russia, as well as the White House’s March 2022 decision to suspend all Russian oil imports.

During a speech in Los Angeles last week, Biden targeted oil companies—namely Exxon—for allegedly making profits while Americans are paying an average of $5 per gallon of regular gasoline. “We’re going to make sure everyone knows Exxon’s profits,” he said.

Regarding the record-breaking gas prices, Republicans have said that it rests solely on the Biden administration and a series of executive orders signed by the president last year, including suspending the Keystone XL pipeline, new oil drilling leases on federal lands, fossil fuel subsidies, and more. Since Biden took over in January 2021, gas prices have doubled as of early June, and there appears to be no end in sight.

Democrats, Biden, and other administration officials have also frequently told Americans to go purchase electric vehicles, which, according to the Kelly Blue Book, averaged out to be nearly $60,000 as of late 2021. However, there are some electric vehicles, such as the Chevy Bolt, that cost at least $32,000 on average.

The statement from Wyden, who chairs the Senate Finance Committee, did not make mention what the proposal would do if oil companies’ supply cannot meet the demand. The plan would also reportedly target oil companies with a 25 percent stock buyback tax, which applies to firms with at least $1 billion in revenue, and would expire in 2025, according to Bloomberg News.

Such a tax could dampen investments in the oil industry at a time when they need to spend more money on new drilling to keep up with the summer demand, according to analysts.

“Policymakers should be focused on increasing energy supply and reducing costs for Americans,” Frank Macchiarola, senior vice president of policy, economics, and regulatory affairs at the American Petroleum Institute, said in a statement this week.

He added, “Imposing new taxes on our industry will do the exact opposite and only discourage investment at a time when it’s needed most.”

Tyler Richey, co-editor at Sevens Report Research, told MarketWatch that if the surtax is implemented, it may “incentivize [oil] companies to revisit their upstream operations in order to add revenue.” As a result, he added, “new oil supply coming back online in the U.S. is slightly bearish but imposing excess taxes on energy companies in the U.S. will not likely fix the supply and demand imbalance in the global market right now.”