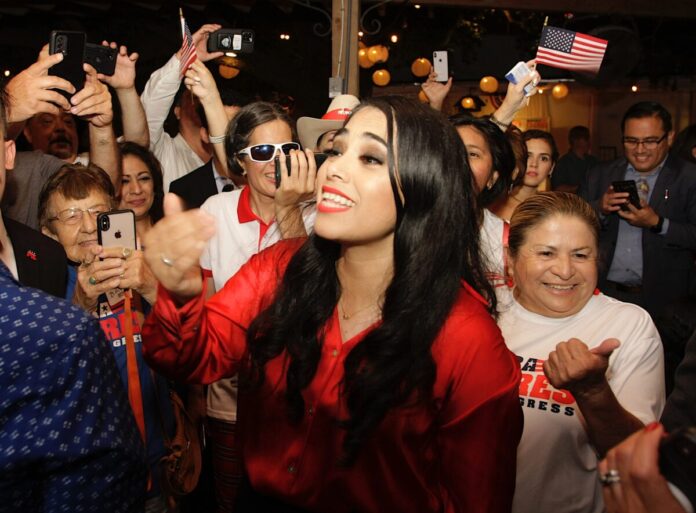 “I’m forever grateful,” Flores said in a victory speech on June 14, her voice breaking with emotion. “For 100 years we have been taken for granted.”

The victory proves that Republicans have made significant inroads in the heavily Hispanic Rio Grande Valley, which Democrats have dominated for decades.

Flores becomes the first Mexican-born woman to serve in Congress. She thanked God first, her family, and workers for her success.

Flores, a legal immigrant from Mexico married to a border patrol officer, pushed the idea that Democrats have taken Latinos for granted. She ran as a pro-life and pro-Second Amendment candidate, blaming Democrats for soaring food and gas prices.

The winner will replace former Congressman Filemon Vela (D-Texas), who resigned this spring to work for Akin Gump, a Washington law and lobbying firm.

Republicans at the national level have committed money and effort to the race, believing that South Texas Latinos also share conservatives’ concerns about border security and the economy.

The opportunity to break the South Texas blue barrier has emboldened Republicans, who aim to flip the region red and regain control of the U.S. House of Representatives.

At the state level, Texas Gov. Greg Abbott (R) and Texas GOP chair Matt Rinaldi endorsed Flores. Democrats Vila and Rep. Vicente Gonzalez (R-Texas) backed Sanchez, an attorney and former Cameron County commissioner. Sanchez campaigned as a pro-life Democrat who wants to focus on bringing jobs and better health care to the region. Both Flores and Sanchez are of Harlingen.

Ground support for Flores was strong. Macarena Martinez, Texas communications director for the Republican National Committee, told The Epoch Times that supporters have made more than 106,000 phone calls, knocked on 34,000 doors, and sent out more than 100,000 texts and emails for Flores.

National Democrats were slow in supporting Sanchez, seeing the special election as a low priority. His campaign, which portrays him as a conservative Democrat, got a late boost with an endorsement from Texas Democratic Party Chair Gilberto Hinojosa on June 8 and a digital ad buy from the Democratic Congressional Campaign Committee around the same time.

Instead, Democrats have focused on the full-term race for the 34th District, where Gonzalez will face Flores this November. Gonzalez opted not to run in the special election.

Gonzalez, a moderate Democrat, is switching districts because the Republican-dominated Texas Legislature redrew the South Texas voter map, moving his McAllen home from District 15 into District 34.

It will be much more difficult for Flores to win the midterm election against Gonzalez because the new district lines are in an area where Joe Biden won heavily in 2020.