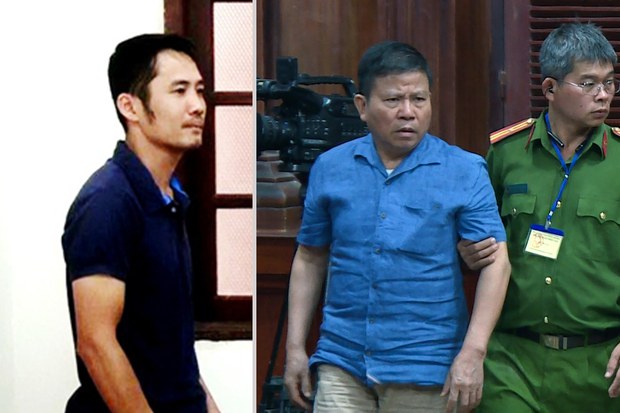 The United Nations Working Group on Arbitrary Detention (WGAD) has criticized the case against a Vietnamese Australian facing a 12-year sentence as lacking grounds for arrest.

The comments came in a report released in the first week of June, concerning the case of Chau Van Kham, an Australian resident and member of the banned U.S.-based Viet Tan opposition party. WGAD also released a report on Nguyen Bao Tien, a driver who volunteered for a publishing house founded by a jailed activist.

According to documents No. 13/2022 and No. 35/2022, approved by WGAD during its 93rd session from March 30 to April 8, 2022, the agency considers the arrests of Tien and Kham to be arbitrary. WGAD called on Vietnam’s government to take the necessary steps to remedy their situation immediately and in accordance with relevant international conventions, including those set forth in the Universal Declaration of Human Rights and the International Covenant on Civil and Political Rights (ICCPR).

Chau Van Kham, 72, was arrested on January 13, 2019 on charges of “operating to overthrow the people’s administration.”

He was later sentenced to 12 years in prison on another charge of “terrorism aimed at opposing the people’s administration,” because he was a member of Viet Tan, labeled a “terrorist” organization by Vietnam’s Ministry of Public Security. Viet Tan was described by the Office of the United Nations High Commissioner for Human Rights as a moderate activist group advocating for democratic reform.

WGAD said it was not the general rule to arrest Chau Van Kham without a warrant in violation of Article 9 of ICCPR.

The agency said the deprivation of his liberty was arbitrary because he was only exercising the freedoms of conscience and belief as well as the right of expression enshrined in the Universal Declaration of Human Rights and the ICCPR. It said Kham’s connection to Viet Tan could not be considered grounds for arrest.

In an interview with Radio Free Asia this week, Viet Tan chairman Do Hoang Diem said:

“Right now we are in Australia and the purpose of our trip is to meet Australian politicians and elected officials to campaign for Mr. Chau Van Kham.”

“This UN ruling is very timely. With this verdict, it is clear that Mr. Chau Van Kham is innocent … We will fight for Mr. Kham to be free and return to his family.”

In March the Vietnamese government responded to criticism by saying Kham was arrested for violating Vietnamese law, not for his democratic views. The government said his arrest and sentencing were carried out in accordance with Vietnamese law, consistent with international conventions that Vietnam has ratified.

Hanoi said it had announced that Viet Tan was a terrorist organization with the aim of overthrowing the government by methods such as armed activity, directly threatening national security and social order, and recruiting and training members in the use of weapons and explosives.

The government said Kham illegally entered Vietnam on January 11, 2019, under the direction of Viet Tan, to organize recruitment and training for sabotage and terrorist activities.

Since his arrest, many civic groups and parliamentarians in Australia have called on the government in Canberra to put pressure on the Vietnamese government to secure his release. However, he is still detained and forced to do hard labor in a Vietnamese prison.

In a separate report the working group commented on 36-year-old Nguyen Bao Tien, a book courier and voluntary worker for Liberal Publishing House. The publishing house was founded by imprisoned activist Pham Doan Trang and is not registered with the Vietnamese government,

Tien was arrested on May 5, 2021 on charges of “conducting propaganda against the state” under Article 117 of the Criminal Code. He was sentenced to 5 years and 6 months in prison on January 21 this year.

WGAD said Tien was punished only for peacefully exercising the right to freedom of expression and association as provided for in Article 19 of the Universal Declaration of Human Rights and the ICCPR. It noted that during his detention and trial Tien was deprived of the right to a defense attorney.

In March the Vietnamese government said Tien was arrested for violating national law and that during his arrest and trial, his rights were guaranteed.

The government said Tien owned and distributed 108 books containing content defaming the regime’s policies in order to call for the overthrow of the people’s government.

WGAD operates under the auspices of the Office of the High Commissioner for Human Rights (OHCHR), with the mandate to “investigate cases of deprivation of liberty imposed arbitrarily or inconsistently with the international standards set forth in the Universal Declaration of Human Rights, or the international legal instruments accepted by the States concerned.”

In the last five years it has released documents criticizing the arbitrary arrest and conviction of dozens of prisoners of conscience, including Tran Huynh Duy Thuc, Pham Chi Dung, Nguyen Tuong Thuy, Pham Doan Trang, Nguyen Thuy Hanh and Le Van Dung. It has called on the Vietnamese government to release them.

However, Vietnam has sentenced them to lengthy prison terms and placed them in prisons with harsh living conditions.