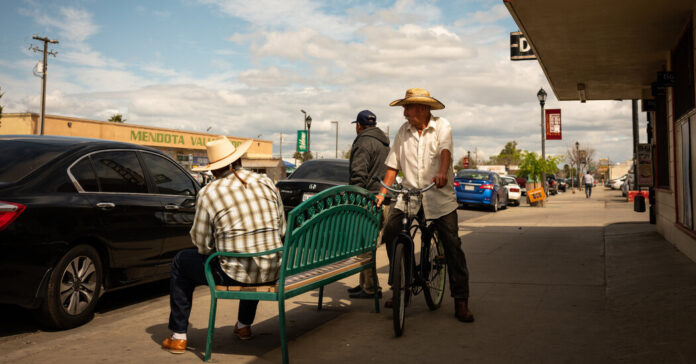 A Democratic state assemblyman, Adam C. Gray, and a Republican businessman, John Duarte, are headed for a November congressional contest in a Central Valley region that leans Democratic but remains a perennial California battleground.

The Associated Press on Wednesday called the top two 13th Congressional District spots for Mr. Gray and Mr. Duarte, after the primary election on June 8.

The newly redrawn district will most likely be fiercely contested as Republicans consider the open seat one of their best chances to regain ground in the state.

Mr. Duarte, who is president of his family nursery, has made water access for farmers a centerpiece of his campaign, too. He has been tapped as a “Young Gun” rising star by the national Republican Party.

Although California is still by far the nation’s most populous state, it lost a House seat in the most recent round of redistricting because population growth has slowed to historic lows amid a housing crisis and a slowed flow of immigrants.

Last year’s decennial redistricting, tied to the U.S. census, had a scrambling effect on California’s politics, sending many lawmakers in search of friendlier districts and leaving some seats, including the 13th Congressional District, without an incumbent.

Representative Josh Harder, the Democrat who represents the area, decided to run in a nearby district surrounding Stockton after the longtime Democratic congressman there, Jerry McNerney, said he wouldn’t run again.

The 13th Congressional District, which encompasses Merced County in California’s agricultural heartland, is mostly Latino and voted for President Biden in 2020 by a significant margin. But the Central Valley has historically been one of the state’s more conservative regions — it is home to House Minority Leader Kevin McCarthy and former Representative Devin Nunes, a close associate of former President Donald J. Trump.

Phil Arballo, a Democrat, in 2020 challenged Mr. Nunes, who held his seat for nearly two decades before resigning from Congress to run the former president’s media company. Although Mr. Arballo lost, the race was competitive.

He had hoped to parlay that momentum into a bid for the newly drawn open seat. But Mr. Arballo was a distant third.