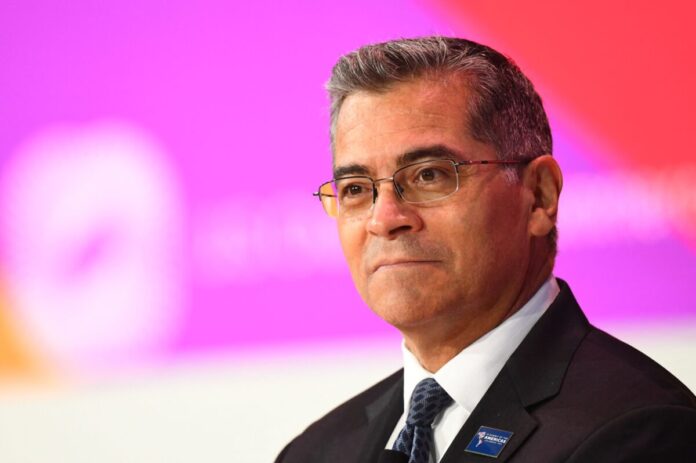 A watchdog seeking records from President Joe Biden’s administration on the rationing of a key COVID-19 treatment is suing the government for not providing the records in a timely manner.

The Functional Government Initiative (FGI) is seeking records that will shed light on why the administration cut shipments of monoclonal antibodies to Florida and other states in 2021 into 2022.

But the Department of Health and Human Services and two subagencies—the National Institutes of Health (NIH) and the National Institute of Allergy and Infectious Diseases (NIAID—have not complied with legal requirements outlined in the Freedom of Information Act, the watchdog says, prompting a lawsuit in federal court.

“The only way we’re going to be able to obtain these documents is through a lawsuit and that’s why we are suing HHS, NIH, and NIAID,” Peter McGinnis, a spokesman for FGI, told The Epoch Times.

Monoclonal antibodies were one of the most successful treatments of COVID-19 that have been authorized or approved by U.S. regulators, particularly against strains of SARS-CoV-2 that were circulating in 2021.

Florida was one of the first states to promote the drug, which prevents mild or moderate cases of COVID-19 from becoming more severe, thus leading to fewer hospitalizations.

The federal government monopolized the supply. It handed out doses for free to states, but the arrangement largely left states unable to order any doses themselves when the Biden administration started rationing in the fall of 2021, hitting states like Florida and Texas.

At the same time, other states saw no change or an increase in allocation.

The rationing decision was “potentially motivated by politics,” McGinnis said, noting that top Biden administration officials and Florida Gov. Ron DeSantis, a Republican, traded barbs over the move in public.

That makes it important to see emails and other records concerning the decision, according to the watchdog.

“Hopefully it’s not. I would hate to live in a world that no, we have a pandemic on our hands and the White House is restricting essential medical supplies over, ‘we don’t like this governor in the way that he attacks us, we’re not going to let him have this,’” McGinnis said.

DeSantis’s office declined to comment on the suit. HHS, NIH, and NIAID did not respond to requests for comment.

According to the filing, FGI filed the requests for information in February. The HHS acknowledged the request but has not given any other updates. That violates the law, which says that agencies must, within 20 days, notify the person making a request whether they’ll comply and the right of seeking assistance from the FOIA public liaison for the agency.

The NIH, in addition to an automatic acknowledgement, had an employee reach out for clarification but did so after the 20-day limit outlined in the law. In addition, after FGI responded to the questions, the NIH did not give any other updates.

NIAID told FGI on May 10 that its requests were under review and said the estimated time was 6 months. It wasn’t clear whether a search was underway or whether a review merely referred to deciding whether to process the requests.

Absent the lawsuit, FGI told the court that it will not receive the information it seeks due to the agencies flouting the law.

The watchdog asked the court to order the agencies to produce all records within 10 days, or such other time as deemed appropriate.