Another 45 Million Barrels of Crude Oil to be Released From Strategic Petroleum Reserve: DOE 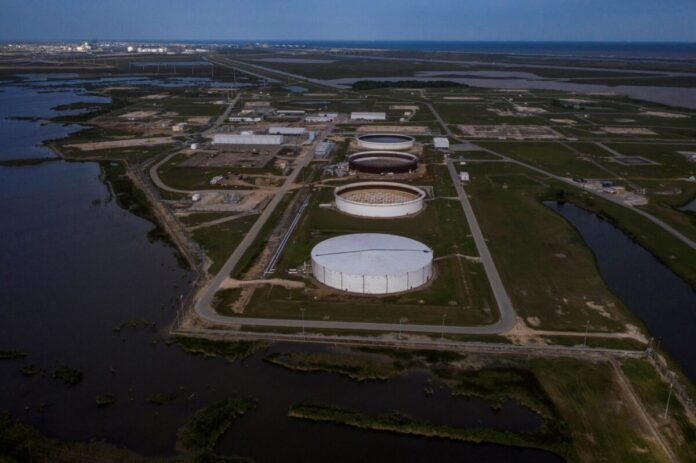 The U.S. government is set to release another 45 million barrels of oil from the Strategic Petroleum Reserve over the coming months as part of the Biden administration’s efforts to combat nationwide shortages and sky-rocketing gas prices.

The fourth notice of sale was announced by the U.S. Department of Energy (DOE) on Tuesday and is part of President Biden’s March 31 commitment to release 1 million barrels of crude oil a day for six months to address global supply disruptions and volatile energy costs, which the DOE blames on the Russia–Ukraine conflict.

Russia is one of the world’s top petroleum producers and oil prices have been upended in recent months following President Vladimir Putin’s decision to launch his “special military operation” in Ukraine on Feb. 24.

Oil has shot up above $120 a barrel since March, however, post-COVID-19 pandemic increased demand has further exacerbated prices.

Deliveries of crude from the latest SPR sale will take place from Aug. 16 through Sept. 30, the Energy Department said. Bidders must submit their bids for the reserves no later than 10:00 a.m. Central Time on June 28, 2022, and the DOE “will award contracts to successful offers no later than July 8, 2022,” the department noted.

As president, Biden has the power to direct the secretary of energy to sell the country’s oil reserves in certain circumstances, such as in cases of emergency, natural disasters, or war.

Biden said in late March that the 1 million barrels of oil per day would be released in stages, from a series of four storage sites on the coasts of Louisiana and Texas, where the United States has the world’s largest supply of emergency crude oil, which is federally owned.

The DOE in May announced the third sale of up to 40.1 million barrels of crude oil to be released from the SPR over the coming months.

These barrels will be released between June 15 and July 31.

While Biden has touted the release of oil from U.S. reserves as keeping the price of oil from going up further, Republican lawmakers have expressed fears over how the release may impact U.S. national security.

In a June 2 letter (pdf) to Secretary of Energy Jennifer Granholm, lawmakers Rep. Cathy McMorris Rodgers (R-Wa.) and Rep. Fred Upton (R.-Mich.), said they are “concerned that DOE is rapidly depleting the nation’s petroleum reserves ahead of elections in November while failing to establish long-term plans for the optimal size, configuration, maintenance, and operational capabilities of the reserves.”

The lawmakers said inventory levels in the SPR have “dropped to the lowest level since 1987” while noting that China is “rapidly strengthening energy ties with Russia and expanding its own strategic petroleum reserves with cheap Russian oil.”

Rodgers and Upton requested that they be given information relating to the DOE’s releases of oil from the strategic reserves and how they plan to manage it, as well as the Northeast Home Heating Oil Reserve (NEHHOR).