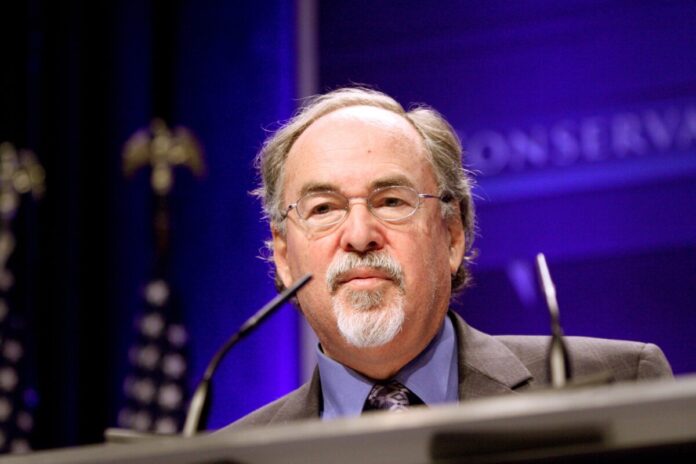 Tax-exempt donations from Meta Platforms CEO Mark Zuckerberg, made with the stated intention to make the 2020 election safe in the midst of the pandemic, came “with strings attached,” said David Horowitz. The focus was to expand mail-in voting and ballot dropboxes primarily in Democratic-dominated areas.

Zuckerberg and his wife, Priscilla Chan, donated more than $400 million to nonprofits before the 2020 election, $350 million of which went to the “Safe Elections” Project of the left-wing Center for Technology and Civic Life (CTCL). The other nearly $70 million went to the Center for Election Innovation and Research (CEIR). The CTCL reportedly distributed grants to more than 2,500 election offices.

The entire donation was tax-exempt and the donors claimed that their intention was to make the election safe during the COVID-19 pandemic, said David Horowitz, bestselling author of “I Can’t Breathe: How a Racial Hoax Is Killing America.”

The two tax-exempt foundations that received the funding have never had inflow from contributions and grants amounting to more than a few million dollars, Horowitz said on EpochTV’s “Crossroads” program.

The money came with “strings attached” and was supposed to be spent on facilitating mail-in voting and putting up ballot dropboxes, which were contrary to the recommendations of the Carter–Baker Commission established after the highly contested presidential election in 2000, Horowitz said.

The commission recognized in its report (pdf) that “absentee ballots remain the largest source of potential voter fraud” and recommended measures to prevent this type of fraud, such as restricting who can deliver absentee ballots, and “to minimize the fraud that has resulted from ‘payment by the piece’ to anyone in exchange for their efforts in voter registration, absentee ballot, or signature collection.”

The 2000 race between George W. Bush and Al Gore was very close and was going to be decided by the electoral votes from Florida, which Bush won by a slim margin. After a recount and several lawsuits, the election winner was determined by the U.S. Supreme Court’s ruling.

How Grant Money Was Spent

CTCL and CEIR, the two organizations that received Zuckerberg’s grants, allocated the funds mostly to cities and counties that traditionally voted for Democrats, while neglecting traditionally Republican areas, and were often used for expanding the use of absentee ballots and vote harvesting, Horowitz wrote with John Perazzo for FrontPage Magazine.

Zuckerberg’s funding “targeted Democrat areas for ‘get out the vote,’” Horowitz said.

For example, one ballot dropbox was put up every four square miles of land in Democrat areas, which are typically urban areas with lots of transportation, while in Republican areas distances were greater, with one dropbox placed every 1000 square miles, Horowitz explained. A dropbox in Democratic areas served about 4,000 voters while a dropbox in Republican strongholds served about 72,000 voters, Horowitz wrote.

People in the organizations that received the money donated by Zuckerberg for the election project were associated with left-wing organizations already supporting Democrats, Horowitz said.

Making the election safe during the pandemic could have been achieved by repurposing football stadiums or school athletic fields, which provide plenty of room for social distancing, Horowitz said.

A group of 14 congressional House Republicans sent a letter to CTCL in June 2021 requesting the organization disclose how the donation received from Zuckerberg was spent on the 2020 election.

“Designated as ‘COVID-19 response grants,’ the hundreds of millions in CTCL grant money were marketed as funds available to election officials to ‘safely serve every voter’ during the COVID-19 pandemic. However, the current data available shows that less than one percent of funds were spent on personal protective equipment. If true, the American public deserves to know how the other 99 percent of these grants were spent,” the letter said.

Both organizations that used Zuckerberg’s contributions were tax-exempt, despite the fact that the donations were used to support Democrats’ political interests, Horowitz explained. The IRS has not enforced the rules regarding tax-exempt status for these organizations, he pointed out.

During the Obama administration, however, the IRS denied tax-exempt status to over 100 conservative organizations, claiming that they were political, Horowitz said.

The Epoch Times reached out to the IRS for comment.

In 2021, the IRS denied a tax-exempt status to Christians Engaged, a Texas group that encourages church members to become involved in the political process, be informed about the views of candidates for public office, register to vote, and pray on a nonpartisan basis for public officials, because the group benefits “the private interests of the [Republican] Party.”

The IRS justified its decision in a letter saying that “certain Bible teachings are ‘affiliated with the [Republican] Party and candidates.’”

That denial was subsequently reversed following a public outcry and extensive media coverage.

Why Horowitz ‘left the Left’

Horowitz describes himself as the one who “left the Left.” He was one of the founders of the New Left–a radical leftist political movement in the 1960s–and an editor of its largest magazine.

He also did fundraising for the Black Panther Party, created a tax-exempt foundation to support the Black Panther school, and recruited his friend Betty Van Patter to keep the books of the school. The bookkeeper discovered some illegal things in the books and later she was found murdered, Horowitz said. Although no one was charged with killing her, Horowitz said he believes that the Panthers were responsible for Van Patter’s death.

The Black Panther Party was a militant political organization in the 1960s that drew heavily from Maoist ideology.

Horowitz regretted that he stayed with the Left until his affiliation cost the bookkeeper her life. The turning point in his leftist activism was a candid remark of Tom Hayden, a leftist activist and politician known for his involvement in the anti-war movement in the 1960s and 1970s.

When they both were standing at a protest at the University of California, Berkeley, Horowitz expressed his worry that the police action to disperse the protest by firing tear gas into the crowds might hurt people. Horowitz recollected that Hayden replied to his concern, saying they had to “lure” students into situations “where they will get their heads cracked, and that will make them radical.”

“I was horrified by that,” Horowitz said. “You have to recognize the malice. This is something I didn’t recognize when I was a leftist, how malicious and cynical [leftists are].”

Matthew Vadum and Mark Tapscott contributed to this report.

Ella Kietlinska is a reporter for The Epoch Times focusing on U.S. and world politics.

Joshua Philipp is an award-winning investigative reporter with The Epoch Times and host of EpochTV’s “Crossroads” program. He is a recognized expert on unrestricted warfare, asymmetrical hybrid warfare, subversion, and historical perspectives on today’s issues. His 10-plus years of research and investigations on the Chinese Communist Party, subversion, and related topics give him unique insight into the global threat and political landscape.