Rudy Giuliani Denies Claims He Was Drunk on Election Night 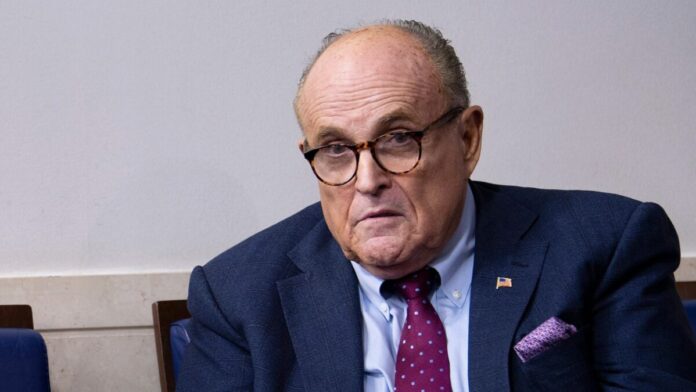 Former New York City Mayor Rudy Giuliani disputed claims that were aired by the House Jan. 6 panel this week that he may have been intoxicated on Election Night in 2020.

President Donald Trump’s former campaign manager Bill Stepien and former campaign adviser Jason Miller both alleged that Giuliani, who was Trump’s lawyer, may have been intoxicated during recorded remarks that were shown by the House panel.

Miller was shown responding to a question from the committee about whether anyone had drunk too much on that night. Miller mentioned Giuliani.

But in a series of Twitter posts, Giuliani disputed Miller’s and Stepien’s claims.

“I am disgusted and outraged at the out right lie by Jason Miller and Bill [Stepien],” he said. “I was upset that they were not prepared for the massive cheating (as well as other lawyers around the President) I REFUSED all alcohol that evening. My favorite drink..Diet Pepsi,” he added.

Giuliani also wrote: “Is the false testimony from Miller and Steppien because I yelled at them? Are they being paid to lie?”

Also during his interview, Stepien told the panel that he advised Trump to give a different type of statement on the early morning of Nov. 5, 2020—hours after Election Day ended.

“My advice was to say that votes were still being counted, it’s too early to tell, too early to call the race, but we’re proud of the race we ran and we think we’re in a good position, and we’ll have more to say about this on the next day, or the next day—whenever we had something to say,” Stepien said.

Other than Giuliani, Trump released a lengthy statement that criticized the House Jan. 6 panel and said it is designed to distract Americans from more pressing problems under the Biden administration.

“Seventeen months after the events of January 6th, Democrats are unable to offer solutions. They are desperate to change the narrative of a failing nation, without even making mention of the havoc and death caused by the Radical Left just months earlier,” Trump said in a statement, referring to months of riots and protests in 2020.

And during several televised hearings, members of the Democrat-led panel accused Trump of trying to block the transfer of power on Jan. 6.

“Last week the Select Committee laid out a preview of our initial findings about the conspiracy overseen and directed by Donald Trump to overturn the results of the 2020 election and block the transfer of power, a scheme unprecedented in American history,” panel Chairman Bennie Thompson (D-Miss.) said in an opening statement.