Officer Who Displayed Nazi Insignia Will Receive $1.5 Million to Resign 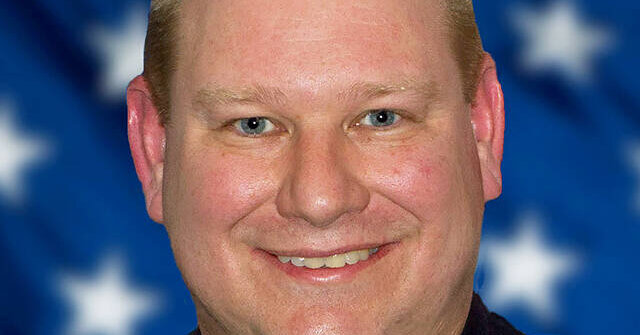 The City of Kent, Wash., will pay more than $1.5 million to an assistant police chief to resign after he was disciplined for displaying a Nazi insignia on his office door.

The officer, Assistant Chief Derek Kammerzell, taped the symbol of oak leaves and diamonds, signifying the rank of Obergruppenführer, a high-ranking SS officer, to his office door in September 2020, according to the city of Kent, which is south of Seattle. The city said in a statement released last week that it had settled with the chief on Wednesday.

Chief Kammerzell was initially suspended from the City of Kent Police Department for two weeks. But in late December 2021, after an outcry from the Jewish community and others at what they described as an inadequate response, the city placed Chief Kammerzell on paid administrative leave and asked him to resign.

In the statement, the city acknowledged that the settlement was a “substantial sum,” but said that it had made “numerous attempts” to negotiate a smaller settlement with Chief Kammerzell’s lawyer, who officials said had initially demanded more than $3.1 million.

“We strongly believe that settling this matter will be a substantial step towards meeting our commitment to the community,” the city said in the statement, adding that it was clear that Chief Kammerzell would have had “significant difficulty being an effective leader in the department and the community.”

The settlement follows months of negotiations and an investigation of Chief Kammerzell, conducted by a private law firm, that was ordered by the city after an officer in the same department noticed the Nazi insignia on his door.

The officer told an investigator that Chief Kammerzell had more than once told a joke “that his grandfather died in the Holocaust after getting drunk and falling” out of the guard tower.

Another detective said that several years ago, Chief Kammerzell had showed him “a photograph on his cellphone in which he was wearing lederhosen and had his facial hair shaved in the form of a Hitler mustache.”

He said that Chief Kammerzell had also told him that he had once “taken a photo with a public figure and raised his hand in a ‘heil Hitler’ sign as a joke.”

According to the investigation, Chief Kammerzell admitted to placing what he described as a “German rank insignia” above the nameplate on his door, and recalled that someone in the department had once given him the nickname the “German General” because of his last name and German heritage. He said that he had embraced the nickname.

That nickname, he added, later “morphed” into Obergruppenführer, considered the SS equivalent of a Western general. He said he had learned the term from a television show, “The Man in the High Castle.” The show, based on a novel by Philip K. Dick, explores an alternate reality in which the Allied powers lost World War II and Japan and Germany rule the United States.

Chief Kammerzell said he had Googled the term Obergruppenführer, according to the investigation, and that one of the results of the search was the insignia, which he printed and placed above his door.

According to the investigation, Chief Kammerzell denied “expressing any positive sentiments about either Nazis or fascist governments.” But it was not plausible, the investigator said, that he “would not understand the Nazi affiliation” of the symbol placed on his door.

The Kent Police Officers Association and a lawyer known to have represented the association did not respond to requests for comment on Monday.

In a statement released Friday, the Jewish Federation of Greater Seattle said that while it was “disturbing that an individual who elevated and honored Nazi imagery and titles and joked about the Holocaust should receive a $1.52 million settlement” it understood that the City of Kent had “limited options.”

The City of Kent said that under federal and state law, it had been unable to terminate Chief Kammerzell after his suspension because of “double jeopardy principles,” a clause in the Fifth Amendment that prohibits prosecuting people twice for substantially the same crime. Had he been terminated initially, the city added, it was “confident he would have been returned to work by an independent arbitrator.”

A representative from the mayor’s office said the city would not comment further on Monday. The Jewish Federation said the payout was the “best possible outcome” because it ensured Chief Kammerzell would not return to his role in law enforcement.

Maxima Patashnik, a spokeswoman for the group, said by phone on Monday that Chief Kammerzell’s behavior had felt particularly egregious because the Jewish community relies on law enforcement to protect its synagogues and community centers.