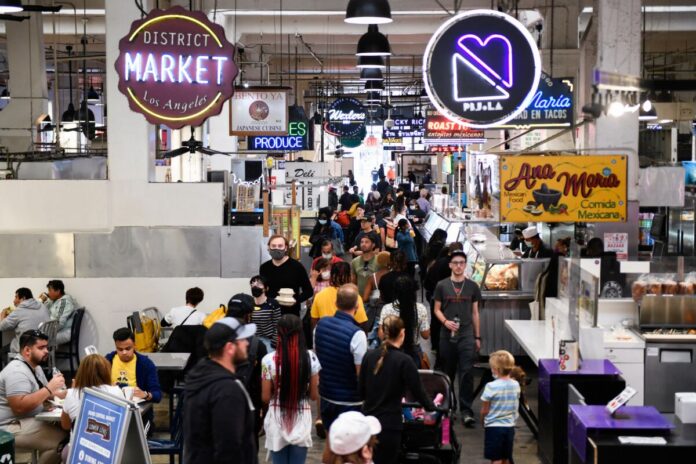 Global investors and fund managers are increasingly concerned about the potential wave of stagflation expected to hit within the year, according to a recent Bank of America survey.

BoA’s latest fund manager survey, conducted on June 14, found that 83 percent of investors surveyed expect a major downturn in economic growth and rising inflation to sweep the markets within the next 12 months.

This is up from 77 percent in May, the highest recorded since June 2008.

The survey said that investor morale had not been that low since June 2008, before the Great Recession, according to BoA.

The collapse of investment bank Bear Stearns was only a few months away and rising oil prices were already spooking markets ahead of the collapse later that year.

It is feared that the stagflation will spark high unemployment, lower consumer spending, raise costs, and reduce corporate earnings, leading to a recession.

The bank’s survey took place a day before Wall Street was deeply shaken by a massive sell-off, when the June 10 Labor Department’s Consumer Price Index survey showed inflation increasing in May by 8.6 percent year over year.

The fund managers are now more likely to be concerned about soaring prices.

“Inflation will remain high relative to history… so by far and away the most popular description of what the economic backdrop will be in the next 12 months is ‘stagflation.’”

Of the 266 CIOs, asset allocators, and portfolio managers interviewed, over 220 of them expect stagflation to arrive by 2023.

The two most crowded trades were long contracts in oil and commodities, plus the U.S. dollar.

The S&P 500 entered a bear market at the start of the week’s trading, after losing nearly 10 percent four sessions in a row over concerns about the new hawkish Federal Reserve policy.

The survey found a net negative of money managers, 73 percent, expecting a stronger economy, the weakest reading since 1994, while global profit expectations fell to a negative 72 percent, the worse number since Sept. 2008.

“[There will be] no big low in stocks before big high in yields and inflation,” Hartnett and Jung said.

“The latter requires uber-hawkish Fed hikes in June and July.”

The Federal Reserve is again meeting on June 15 to discuss hiking interest rates, with most analysts expecting rates to rise by 75 basis points for the first time since 1994.

The yield on the 10-year Treasury was at 3.475 at the end of the day, up over a third of a point since the CPI report.