Elon Musk’s Starship Must Take Over 75 Environmental Actions Before Its Granted Permission to Launch: FAA 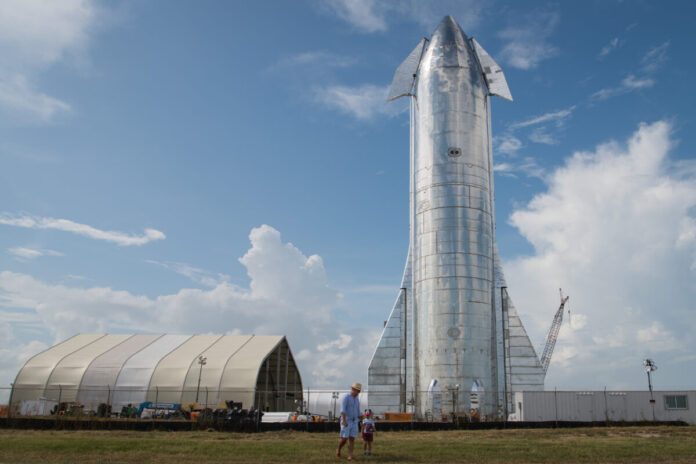 A U.S. federal agency announced on Monday that it would require SpaceX to take over 75 environmental actions before permitting its Starship-Super Heavy program to launch.

The Department of Transportation’s Federal Aviation Administration (FAA) will require SpaceX to take actions like monitoring plants and wildlife for launch impacts, removing launch debris from sensitive habitats in the surrounding Texas State Parks and Lower Rio Grande National Wildlife Refuge, and managing light and noise pollution from the launch site before the company can launch Starship, the most powerful rocket ever built, according to an FAA press release published on Monday.

The FAA also demanded “more advanced notice of launches” to “reduce how long State Highway 4 is closed during launch operations.”

“Closures will not be allowed on 18 identified holidays, and weekend restrictions are limited to no more than five weekends per year, ensuring robust access to the refuge and park throughout the calendar year,” the FAA said.

Furthermore, the space company must meet “FAA safety, risk, and financial responsibility requirements before a license is issued for any launch activities,” the agency said on Monday.

The requirements are part of the agency’s environmental review process in accordance with the National Environmental Policy Act.

The FAA was planning to release the decision months ago, but experienced delays due to SpaceX’s “multiple changes” to its launch application, Bloomberg reported.

The Starship system is SpaceX’s newest system in its mission to carry humans to Mars and beyond.

“SpaceX’s Starship spacecraft and Super Heavy rocket (collectively referred to as Starship) represent a fully reusable transportation system designed to carry both crew and cargo to Earth orbit, the Moon, Mars and beyond,” SpaceX’s website reads. “Starship will be the world’s most powerful launch vehicle ever developed, with the ability to carry in excess of 100 metric tonnes to Earth orbit.”

In February, Musk said that Starship was “in a different league” compared to its Falcon 9 rocket and “necessary for creating a self-sustaining city on Mars.” He added that Starship is the “holy grail of rocketry.”

Starship aspires to be the first fully reusable orbital launch vehicle, the holy grail of rocketry.

This is the critical breakthrough needed to make life multiplanetary.

‘Space Race of Our Lives’

In a June 13 statement provided to The Epoch Times, space expert Brandon Weichert, who authors “Winning Space: How America Remains a Superpower,” warned that the Biden administration should “move immediately to streamline these launches and reduce whatever red tape exists with due haste.”

“The FAA decision is a step in the right direction,” Weichert said, “But there are still major bureaucratic hurdles that the federal government is going to force SpaceX to overcome.”

“Needless to say, the amount of delays that the federal government has subjected SpaceX to, ostensibly out of concern for public safety, have been onerous. And with each delay, the longer it will take for SpaceX to overcome whatever technical issues exist for their experimental Starship program,” the expert added.

Weichert highlighted that it is crucial for the United States to understand SpaceX’s significance in the context of strategic competition with China in space and to minimize “bureaucratic hurdles.”

“In case the feds have forgotten, we are in the space race of our lives with China (and Russia), and Musk’s SpaceX is the only American space entity reliably keeping the U.S. in that space race,” Weichert said. Every delay, each unnecessary bureaucratic complication, could potentially have severe knock-on impacts on America’s overall competitive capabilities against China.”

“The future of our country’s place as the dominant power on Earth is at stake. Whoever controls the strategic high ground of space dominates the Earthly terrestrial domains. SpaceX is key to ensuring that America remains dominant there,” he said.

“Failure to recognize this fact by Washington will hand the region over to Beijing,” he warned.

One step closer to the first orbital flight test of Starship https://t.co/MEcQ6gST6Q pic.twitter.com/jxqEsM62gc

The Epoch Times has reached out to SpaceX for comment.