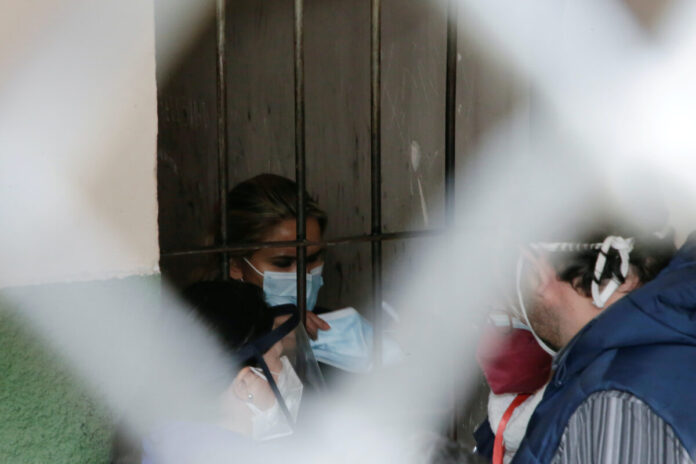 LA PAZ, Bolivia—A Bolivian court found former President Jeanine Anez guilty on Friday of orchestrating a coup that brought her to power during a 2019 political crisis.

She was sentenced to 10 years in prison. A former military commander and ex-police general were also convicted.

Anez, 54, was convicted of making “decisions contrary to the constitution” and of “dereliction of duty.”

Anez’s defense said it would appeal to international bodies to seek justice, and several sectors of the opposition planned marches to protest the ruling.

Bolivia has been split over whether a coup occurred when then-President Evo Morales resigned in 2019, with Anez ascending to the presidency amid a leadership vacuum left in his wake. Morales’s departure followed mass protests over a disputed election in which he claimed to win a controversial fourth consecutive term in office.

Anez maintains she is innocent.

The contentious case has further exposed the fault lines in a deeply divided country while also fueling concerns about the judicial process in Bolivia.

“We are concerned about how this case has been pursued. And we call on superior courts to examine how the proceedings were conducted,” Cesar Munoz, senior researcher for the Americas at Human Rights Watch, said in an interview before the verdict.

Anez was not allowed to attend the trial in person, and she followed the hearing and participated from prison. She has been detained since her arrest in March 2021 on initial charges of terrorism, sedition, and conspiracy.

Members and supporters of Morales’s Movement to Socialism (MAS) party, which returned to power in 2020, say Anez played a key role in what it says was a coup against Morales.

As president, Anez was accused of political score-settling when her administration prosecuted former MAS officials.

Anez’s supporters say her trial was illegitimate and political. In her trial, Anez said she was the product of circumstance and that her ascension to the top office helped calm a tense nation and lay the groundwork for elections in October 2020.

“I didn’t lift a finger to become president, but I did what I had to do. I assumed the presidency out of obligation, according to what is established in the constitution,” Anez said in her final statement to the judge.

By Daniel Ramos and Brendan O’Boyle