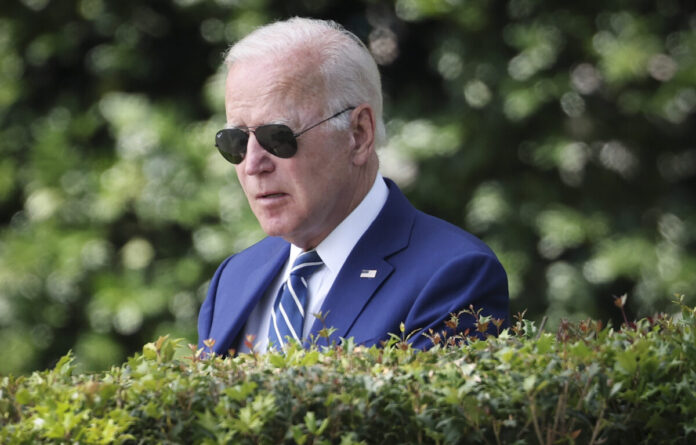 The White House on Tuesday confirmed President Joe Biden will visit Israel and Saudi Arabia on an upcoming trip, which is an apparent reversal of his campaign promise to isolate the kingdom.

“The president looks forward to outlining his affirmative vision for U.S. engagement in the region over the coming months and years,” White House press secretary Karine Jean-Pierre said in a statement. “The president appreciates King Salman’s leadership and his invitation. He looks forward to this important visit to Saudi Arabia, which has been a strategic partner of the United States for nearly eight decades.”

The trip, which is scheduled for mid-July, comes as U.S. gas prices are now averaging a record $5 per gallon nationwide. Earlier this year, Biden reportedly asked the Saudi kingdom to increase oil production in a bid to offset high prices.

The Saudi Embassy in Washington stated Biden would meet King Salman and Prince Mohammed in Saudi Arabia and said the meeting would improve “bilateral relations and the distinguished strategic partnership between” the two nations.

“The kingdom of Saudi Arabia looks forward to welcoming President Biden and defining the next chapters of our partnership,” the Saudi Embassy said in a statement this week. “At a time of global challenges related to the global economy, health, climate, and international conflict, the partnership between our two countries is as critical as ever to the promotion of peace, prosperity, and stability around the world.”

In 2019, Biden said that he would turn Saudi Arabia into a “pariah” state, adding: “I would make it very clear we were not going to in fact sell more weapons to them” That comment was made in reference to the 2018 killing of Washington Post contributor Jamal Khashoggi, which at the time became a headline news story for several weeks on CNN, Washington Post, the New York Times, ABC, and similar outlets.

Earlier this month, OPEC+ announced plans to increase production, although it’s not clear what effect it would have on prices in the United States. Biden has faced significant criticism from Republicans and oil industry officials, who say that a flurry of executive orders Biden issued soon after taking office in 2021 to limit drilling, leases, and killing the Keystone XL pipeline have contributed to the price hike.

According to data released by auto club AAA, the average price for a gallon of regular gasoline as of Tuesday morning stands at $5.016, with California leading the way at $6.43 per gallon.

While in Israel, Biden will also visit senior Palestinian officials in the West Bank and will reiterate his administration’s commitment to a two-state solution, according to unnamed senior White House officials speaking to several news outlets during a conference call. Biden will also attend the Gulf Cooperation Council, where the leaders of Saudi Arabia, Kuwait, Oman, the United Arab Emirates, Bahrain, Qatar, Iraq, Jordan, and Egypt attend, the officials said.