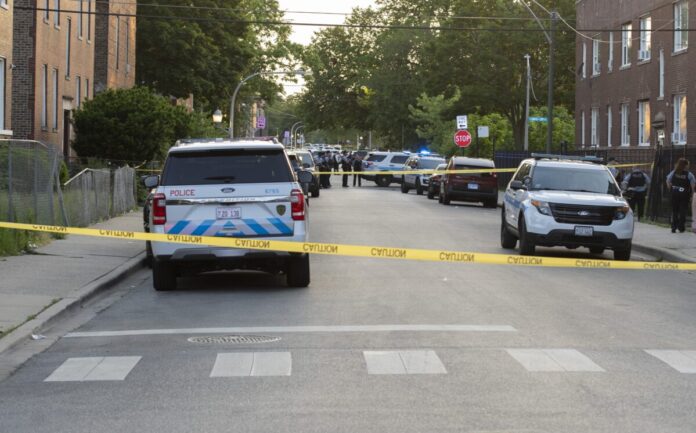 Twelve incidents of mass shootings in Chicago and other states across the country during the weekend have left several people dead and more injured.

In a drive-by mass shooting in Chicago on Saturday afternoon, four people were injured and one ended up dead. The five individuals were standing in an alley on the 8600-block of South Damen Avenue in Auburn Gresham neighborhood when an unknown vehicle drove by and a person inside started shooting at people. The incident took place at 3:20 p.m. with the victims between the ages of 23 and 42.

All four injured individuals are expected to recover, the Chicago Police Department said according to ABC 7 Chicago. Police have not released a description of the vehicle and are currently investigating the incident.

Chicago and California have some of the most restrictive gun control laws in the country.

The shootings come as a bipartisan group of U.S. senators recently agreed on a framework for gun safety that will include cracking down on illegal gun purchases and tougher checks for individuals under the age of 21 looking to buy a gun legally.

“Families are scared, and it is our duty to come together and get something done that will help restore their sense of safety and security in their communities,” the bipartisan group said in a statement, according to BBC.

The proposal has the support of 10 Republicans, who are needed to pass the Senate filibuster threshold of 60 votes. The upper chamber of Congress is currently split 50-50 between Republicans and Democrats.

Meanwhile, the National Rifle Association (NRA) said in a June 12 tweet that they will continue opposing “any effort to insert gun control policies, initiatives that override constitutional due process protections & efforts to deprive law-abiding citizens of their fundamental right to protect themselves/loved ones into this or any other legislation.

“The NRA is committed to real solutions to help stop violence in our communities. We encourage our elected officials to provide more resources to secure our schools, fix to our severely broken mental health system, and support law enforcement,” the organization said. “We will make our position known when the full text of the bill is available for review.”