US Already Descending Into Recession: Economist 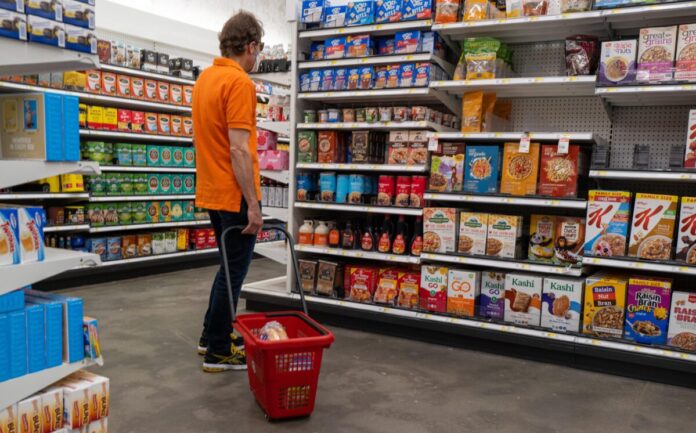 The United States economy is already in the process of entering recession, according to an economist specializing in how sentiment affects markets.

He predicted that a large amount of malinvested capital will be wiped out and areas of the economy that have historically been resistant to crises may not be so this time.

His research indicates that the economy is under the influence of “confidence cycles” and when consumer sentiment shifts toward the expectation of a recession, the market will actually enter one.

“I think the cake has been baked from the sentiment perspective where people are now acting on the assumption that a recession is coming. And remember, it’s that action that actually causes a recession to come,” said Peter Atwater, former hedge funder and now lecturer at the College of William & Mary in Virginia, during a recent Wealthion interview.

As Atwater sees it, thousands of companies have fudged their earnings with easy cash due to the ultra-low interest rates set by the Federal Reserve.

“With free money, the ability to financially engineer your earnings results is unlimited,” he said.

Now that rates are going up, such companies will start having trouble rolling over their loans.

“It’s sucking the air out of the room,” he said, anticipating that “thousands” of such companies may go under.

As credit gets tighter, a lot of “dream” ventures will prove to be unfeasible and fail, he predicted, noting that overconfidence in the market has caused investors “to buy promises of even the most ridiculous things.”

“There was so much capital irresponsibly deployed to capture dreams that the volume of equity destruction is going to be massive,” he said.

The financial elite is, so far, failing to appreciate the direness of the situation because their lifestyle has become extraordinarily insulated from a commoner’s reality, he surmised, calling it “work from home blindness.”

“The financial elite are spending so much time sequestered away from the real world that I think they’ve lost sight of the fact that the folks who are delivering things to them, who live in the real world, have to buy gas,” he said.

During previous recessions, some parts of the economy were usually spared major losses and could thus serve as safe havens for investors. Those would include government bonds and businesses serving high-end clientele, such as luxury goods producers. In recent years, big tech companies have also been treated as safe bets.

All of those, however, may get pummeled too this time, according to Atwater.

“What I don’t think investors quite appreciate is we’re having an unwinding in both fixed income and equity simultaneously here. And there’s not going to be any place to hide in that,” he said.

Business serving the rich, meanwhile, may find that their clientele is in worse financial shape than expected.

In recent years, there are indicators that the rich have taken on large amounts of debt, following the mantra of “don’t sell it, borrow against it,” in order to avoid taxes, Atwater explained.

“It’s a masterful tax strategy, but it is completely devoid of a connection to reality,” he said.

Read More
US Capital Is the Lifeline of the Chinese Communist Party: Roger Robinson Interview

As a result, he noted, “nobody has contemplated that the biggest potential losses could be among the customers that have heretofore been the safest.”

He has also noticed an unusual phenomenon where market actors are getting worn down by prolonged market instability without actually hitting a bottom.

“Everybody, they sort of feel like, ‘Are we there yet? Is it done?’ People are tired. It’s not fear, it’s fatigue. And I’ve never seen a market bottom on whining in the sense that we’re just all tired of it,” he said.