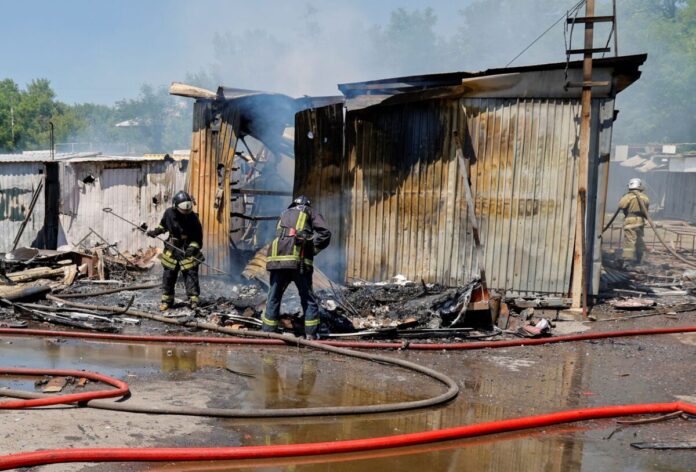 LONDON—At least three people including a child were killed and 18 injured on Monday in a Ukrainian artillery attack at a market in the Russian-backed separatist region of Donetsk, officials in the province said.

The Donetsk News Agency showed pictures of burning stalls at the central Maisky market and several bodies on the ground. The news agency said 155-mm calibre NATO-standard artillery munitions hit parts of the region on Monday.

“We had a hit to the market—there were many people here,” Yan Gagin, an adviser to the separatists’ self-styled government, told RIA news agency from the market. Two bodies were laid out on the floor of the market behind him.

He said a woman and child were among the dead.

The local health authorities said 18 people had been injured, including two children.

Reuters was unable to independently verify the reports.

President Vladimir Putin has repeatedly said that the main immediate reason for what he casts as a “special military operation” was to protect the Russian-speakers of Donbass from persecution and attack by Ukraine.

Ukraine and its Western backers say Russia is waging an unprovoked war against a sovereign state which is fighting for its existence.