Threat to Kavanaugh Was ‘Domestic Terrorism’ 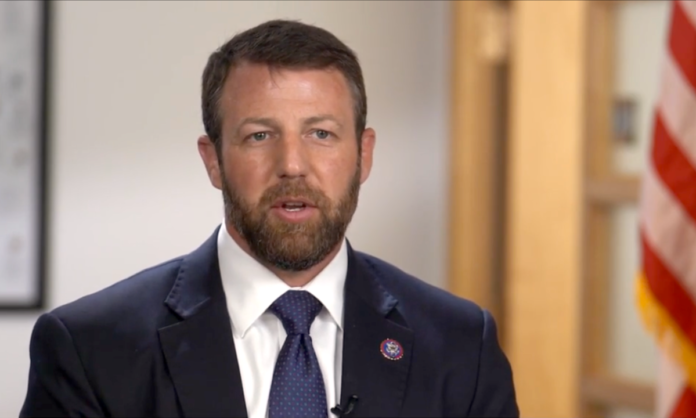 Domestic terrorism is a threat to Supreme Court Justice Brett Kavanaugh in the wake of his attempted murder, according to Rep. Markwayne Mullin (R-Okla.).

Mullin made the comments in an interview on NTD’s “Capitol Report” shortly after 26-year-old Nicholas John Roske of California was arrested near Kavanaugh’s home on June 8, having planned to break into the property and murder the justice, according to officials.

According to court documents, Roske told officers after he was arrested that he had been compelled to act because of a leaked Supreme Court draft opinion suggesting that the 1973 Roe v. Wade decision that guaranteed the right to abortion across the entire United States would be struck down.

The leaked document has prompted a wave of protests across America, while President Joe Biden, who has said that a woman’s right to choose is fundamental, has promised to look into possible executive orders to help shore up abortion rights.

Mullin said that Democratic lawmakers have often cited their concerns over “domestic terrorism” but questioned why this label only appears to apply to one group of people in particular: right-wing extremists, noting that the latest incident involving Trump-appointed Kavanaugh had not been labeled as such.

“We get briefed all the time by intelligence agencies talking about how they’re trying to root out domestic terrorism and they point to one group and it’s always the far right,” Mullin continued. “Well, if that same standard of domestic terrorism is going to apply, then why isn’t this being called out domestic terrorism? You have Justice Kavanaugh who is trying to be intimidated because of his stance on Roe v. Wade, you have someone that literally got an assassination kit together, drove from California, all the way to Maryland, to Kavanaugh’s house.”

“And where’s everybody at?” Mullin continued. “No one’s calling us.”

Mullin said he believes that if a similar incident had occurred at the home of Biden-appointed Supreme Court Judge Ketanji Brown Jackson, Democrats would be “bouncing up and down.”

“It’s called domestic terrorism. And we’ve got to stop this,” he said. “And we’ve got to root this out. But the difference between the two is that this gentleman [Roske] represented their narrative.”

Mullin also noted that Senate Majority Leader Chuck Schumer (D-N.Y.), in remarks delivered at a pro-abortion rally in March 2020, said that Kavanaugh and Justice Neil Gorsuch “have released the whirlwind and you will pay the price.”

Schumer apologized for his comments the following day, acknowledging that he “should not have used the words I used yesterday” and that they “didn’t come out the way I intended to,” while stating that the “price” he had been referring to was political in nature.

“You call people out like this? Be consistent,” Mullin said. “But if the Democrats are so silent on the issue because it fits their narrative, then it’s not even it’s not just laughable, it’s dangerous.

The GOP lawmaker also pointed to “the left media” who he said have also remained silent when it comes to labeling the latest incident regarding Kavanaugh as domestic terrorism.

“If this was a group that they thought was a Republican group or the far-right group, they would be calling it out,” Mullin said. “But they’re silent on it and the American people should see the hypocrisy and see right through this because it is absolutely dangerous that these people are leading the country.”

Zachary Stieber contributed to this report.