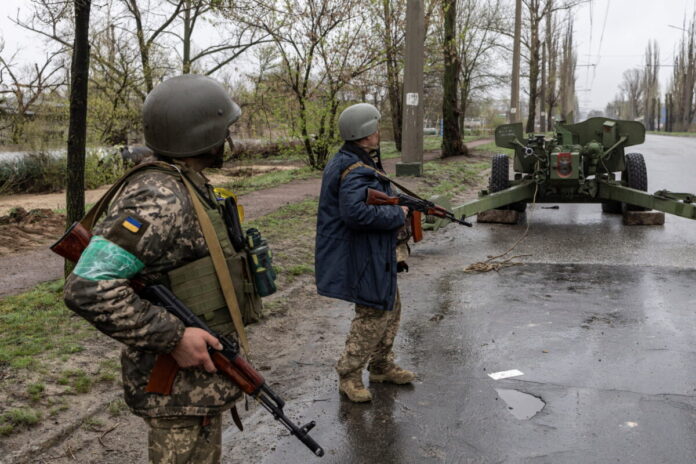 Ukraine’s military on Monday acknowledged for the first time that Russia’s military has taken over the key Donbass city of Severodonetsk, located in Luhansk province.

“In the Severodonetsk direction, the enemy, with the support of artillery, carried out assault operations in the city of Severodonetsk, had partial success, pushed our units away from the city center, the fighting continues,” the General Staff of the Armed Forces of Ukraine said in a statement.

Also on Monday, Ukrainian President Volodymyr Zelenskyy said that fighting is raging near Severodonetsk, saying Russian and Ukrainian forces are “fighting for every meter” of the territory, according to CNBC. Last week, he said that the strategic city could dictate the outcome of the conflict, which started on Feb. 24.

The city is located in the center of the Donbass region, which has seen sporadic fighting since pro-Russian groups took over parts of Donetsk and Luhansk following a color revolution in Kyiv in 2014.

“The situation remains difficult. Fighting continues, but unfortunately, most of the city is under Russian control. Some positional battles are taking place in the streets,” Serhiy Haidai, the governor of the Ukrainian Luhansk region, told CNN on Monday.

Russian officials have signaled that a key goal of the invasion is to connect the Crimean Peninsula with the Donbass region, which borders Russia. Moscow has pulled back most of its forces from western Ukraine and the Kyiv region in a bid to take more territory in the eastern and southern portions of the country.

“Unfortunately, enemy artillery is simply dismantling floor-to-floor buildings that are used as shelters. In this sense, it is difficult because the enemy will be knocked out of one street, and then they will start dismantling neighborhoods house by house with tanks, artillery, and grads,” Haidai also said.

Pro-Moscow separatists said the last bridge out of Sievierodonetsk had been destroyed, cutting off the defenders’ escape route. Ukraine said there was still another way out, although that route was severely damaged, Reuters reported.

Ukraine has issued increasingly urgent calls for more Western heavy weapons to help defend Sievierodonetsk, which Kyiv says could hold the key to the battle for the eastern Donbass region and the course of the war, now in its fourth month.

“Apart from constant artillery, aircraft, and rocket bombing, there is a real risk that the defenders in Sievierodonetsk might be cut off from Lysychansk if the third bridge linking the two cities is destroyed,” said Damien Magrou, spokesperson for the International Legion for the Defence of Ukraine that has had forces in Sievierodonetsk.