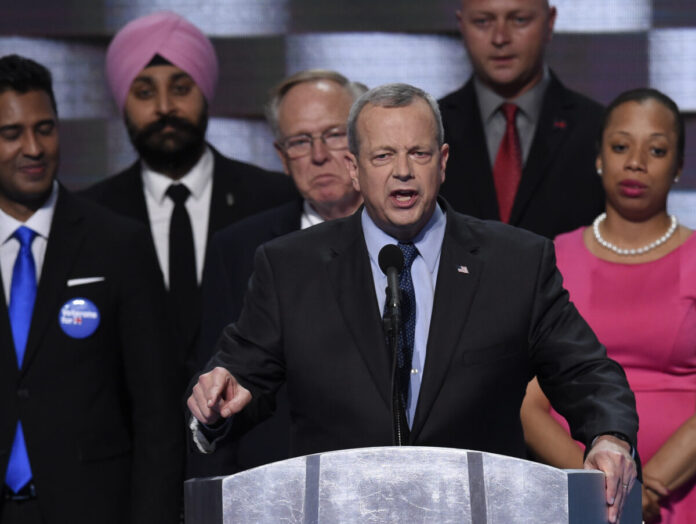 The head of the Brookings Institution resigned in the midst of a federal investigation into whether he lobbied the U.S. government on behalf of Qatar, according to a letter released Sunday.

Retired Marine Gen. John Allen, the chief of the influential Washington-based think tank, wrote in his letter (pdf): “While I leave the institution with a heavy heart, I know it is best for all concerned at this moment.” Allen did not provide a direct explanation as to why he was leaving the organization.

A former four-star general who helped lead the United States and NATO forces in Afghanistan, Allen’s letter came about a week after new court filings showed the FBI seized his electronic data in the midst of an investigation.

“In all this, I was particularly grateful for the opportunity to lead Brookings as its focus shifted to include an institutional commitment to race, social justice, and equity,” he also said, without elaborating.

The Brookings Institution released a statement on Sunday thanking Allen for “his contributions to Brookings, including his leadership in successfully guiding the institution during the pandemic, as well as his many years of service and sacrifice for our country,” confirming his resignation.

“Ted Gayer will continue to serve as acting president until his previously announced departure later this summer. Information about arrangements for ongoing interim management—as well as the search for a new president—will be forthcoming,” said the group in its statement. The think tank also did not provide a reason for Allen’s departure.

Court filings allege that Allen engaged in efforts to help the Qatari government influence U.S. policy in 2017 amid a diplomatic crisis between the Gulf monarchy and neighboring countries. An FBI agent wrote in an affidavit in support of a search warrant that there was “substantial evidence” Allen knew he broke a foreign lobbying law and made false statements.

Allen has not been charged with a crime, and he has previously denied any wrongdoing. He’s declined to comment on the recent court filings to The Associated Press and other news outlets.

A spokesperson for Allen, Beau Phillips, told AP that Allen “voluntarily cooperated with the government’s investigation into this matter.”

The recent affidavit alleges that Allen; Richard Olson, a former U.S. ambassador to Pakistan and the United Arab Emirates; Imaad Zuberi, an American businessman; and Ahmed Al-Rumaihi, a high-ranking Qatari government official; set up a scheme to “convince the United States to intervene, defuse the possibility of sanctions, and negotiate a resolution favorable to Qatar” amid a diplomatic row between the country, the United Arab Emirates, and other Gulf states after they accused Qatar’s government of allegedly supporting Iran in June 2017.

Around the same time, then-President Donald Trump had posted his support for the other states’ actions against Qatar: “During my recent trip to the Middle East I stated that there can no longer be funding of Radical Ideology. Leaders pointed to Qatar – look!”

Specifically, federal officials said that Allen lobbied then-National Security Adviser H.R. McMaster to have the White House adopt a more Qatar-friendly position. Allen allegedly wrote in a June 9, 2017, email to McMaster that the Qatari government was“asking for some help” and wanted either the Trump administration or State Department to issue a statement to call on other Gulf countries to act in a more restrained manner, AP reported.