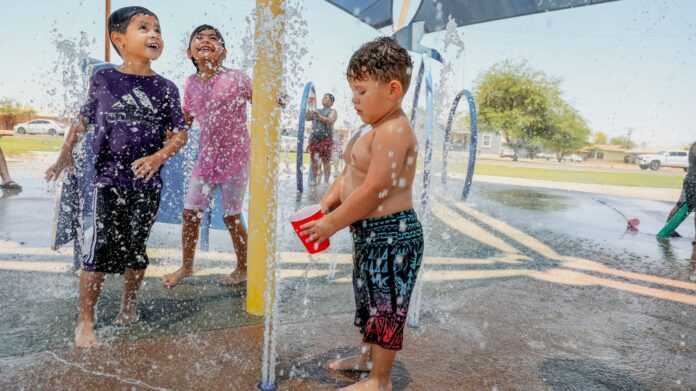 A record-breaking heat wave scorched states in the Southwest this past weekend as higher temperatures are expected to move east.

Over 75 million people were impacted by some sort of heat warning or advisory Sunday as a heat wave swept parts of the country, The New York Times reported.

California’s Death Valley hit 123 F on Saturday, 11 degrees short of the hottest recorded temperature ever recorded in Death Valley, according to the Times.

Robert Oravec, a lead forecaster at the National Weather Service, described the heat wave as “very typical” as it began in the Southwest and its headed to the Plains.

“You’re almost into mid-June now, so it’s not uncommon to see weather patterns that support a heat wave,” he told NPR.

The National Weather Service recommends a number of actions people can take to stay safe in a heat wave.

Some of these tips include reducing activities when it’s hot out or finding another time for them, drinking “plenty” of water, taking a “cool” shower or bath and checking in on elderly or sick people.