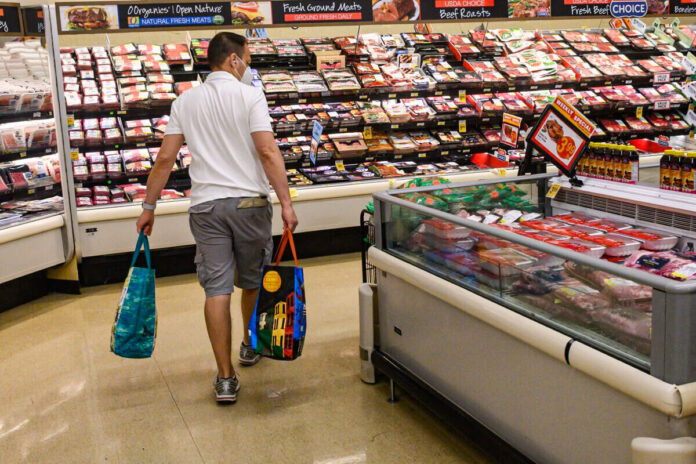 Decades-high inflation is costing the average American about $460 extra per month, according to a recent analysis released by Moody’s.

A Moody’s Analytics economist, Ryan Sweet, calculated that figure based on data that was released by the Bureau of Labor Statistics last week that showed the Consumer Price Index jumped 8.6 percent yearly in May, which is the largest increase in more than 40 years.

“Having inflation at 8.5 percent on a year-ago basis, compared with the 2.1 percent average growth in 2018 and 2019, is costing the average household $346.67 per month to purchase the same basket of goods and services as they did last year,” Sweet told the New York Post. “However, the pure cost for households for having inflation running at 8.5 percent is $460.42 per month.”

The Labor Department said in last week’s report that “core inflation,” which excludes energy and food costs, rose about 6 percent from about 12 months ago, which is above analyst expectations.

Inflation, high gas prices, and the Federal Reserve’s monetary policy have economic experts concerned and worried that a recession is looming. Top Treasury officials, including Secretary Janet Yellen, have proclaimed repeatedly that no recession is on the horizon.

Critics of the administration and Democrats have said that executive actions targeting oil drilling, several-trillion-dollar COVID-19 relief packages, and COVID-19-related supply chain issues as reasons for the soaring costs. The Biden administration has often blamed the Ukraine–Russia war for the surge in prices—especially gas prices, which according to AAA data are now above $5 on average.

Meanwhile, the Dow Jones slid another 700 points on Monday as the benchmark S&P 500 index fell below 3837.248 during Monday’s session, a decline that on an intraday basis put it more than 20 percent below its Jan. 3 record closing high. If the index maintains such a decline through the market’s close, the 20 percent drop would confirm a commonly used definition of a bear market.

If history is any guide, a bear market would mean more pain could be in store for investors. The S&P 500 has fallen by an average of 32.7 percent in 13 bear markets since 1946, including a nearly 57 percent drop during the 2007-2009 bear market during the financial crisis, according to Sam Stovall, chief investment strategist at CFRA.

“The Fed said it has got inflation under control. The Fed doesn’t have it under control, and they could have lost control,” said Ken Polcari, chief market strategist at SlateStone Wealth LLC in Florida. “I don’t see panic selling yet, but it feels like it’s coming,” Polcari said, making note that a fall below 3,800 points in the S&P 500 index could spur more investors to flee equities.