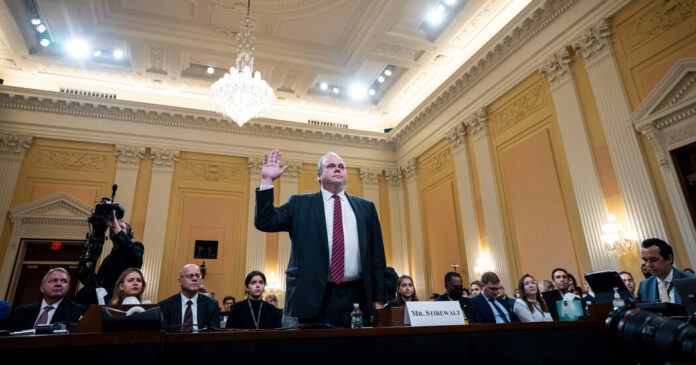 After its hosts told their audience that the Jan. 6 committee hearing last week was nothing more than “propaganda,” Fox News planned to broadcast the second day of testimony on Monday.

The network was the only major television outlet not to carry the first hearing, which aired in prime time when Fox’s stable of conservative opinion hosts like Sean Hannity and Tucker Carlson typically draw the biggest ratings of the day.

Both hosts boasted about Fox News’s decision not to air the hearing live on Thursday night. Mr. Carlson told his viewers that his show was the only one “not broadcasting unfiltered propaganda into the homes of unsuspecting viewers.”

But on Monday, with the hearing taking place during the daytime hours, Fox News is assembling a group of panelists to analyze and report on it live.

It will be an awkward task. One of the witnesses slated to testify on Monday is a former Fox News politics editor, Chris Stirewalt, who was fired by the network a year and a half ago. Mr. Stirewalt was part of the team that made the call that President Biden had won Arizona, which infuriated former President Donald J. Trump.