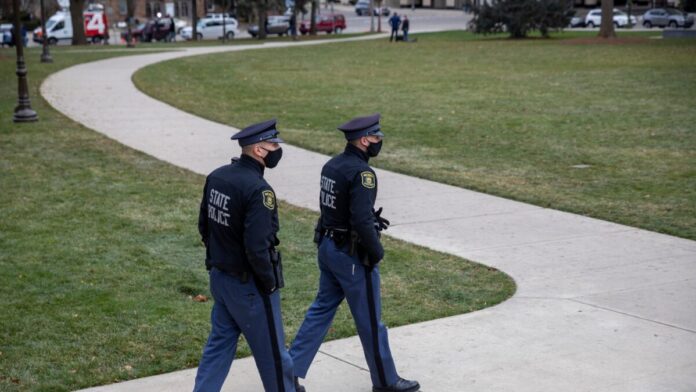 Soaring gas prices across the United States have prompted a sheriff’s department in the state of Michigan to start handling non-urgent 911 calls for help over the phone as opposed to in-person.

Isabella County Sheriff Michael Main in a statement on social media on June 7 said that he had instructed officers to handle calls for help over the phone wherever possible after the Sheriff’s office depleted funds set aside for gas.

Isabella County is in central Michigan and includes the city of Mount Pleasant.

Main said in his statement that his force “is feeling the pain at the pump as well” at a time when Americans are paying an all-time high for gas, according to data from the American Automobile Association (AAA).

“We have exhausted what funds were budgeted for fuel with several months to go before the budget reset,” Main said in his statement. “I have instructed the deputies to attempt to manage whatever calls are acceptable over the phone. This would be non-in-progress calls, non-life-threatening calls, calls that do not require evidence collection or documentation.”

While Isabella County Sheriff’s office will be cutting down on travel to non-urgent situations, deputies will “continue to provide patrols to all areas of the county” and “will respond to those calls that need to be managed in person,” Main continued.

“Any call that is in progress with active suspects will involve a response by the deputies. I want to assure the community that safety is our primary goal, and we will continue to respond to those types of calls,” Sheriff Main added.

The statement has since been deleted from social media.

However, county Administrator Nicole Frost confirmed to the Detroit Free Press that 96 percent of the Sheriff’s Office’s fuel budget has been spent despite there being 3.5 months of the fiscal year remaining.

Frost also told the publication that Main’s statement has sparked concern among some of the county’s commissioners.

“There’s been a lot of communication on this issue,” she said. “I’ve already been approached by commissioners who are concerned to the level of: ‘Do we need to meet about a budget before the next regularly scheduled meeting?’”

Frost said the commission can solve the issue by relocating money in the budget and making budget amendments up until the end of September, the end of the county’s fiscal year.

The announcement from law enforcement in Michigan comes as U.S. Treasury Secretary Janet Yellen said on June 9 that gas prices were “unlikely” to come down anytime soon as decreased supply and increased demand push prices further.

However, Yellen touted President Joe Biden for doing “what he can do” to try to bring down high gas prices.

While factors such as Russia’s invasion of Ukraine, limited stocks, and supply-chain issues throughout and beyond the COVID-19 pandemic have sent prices soaring, Republican lawmakers have pointed to Biden’s decisions to shut down the Keystone XL Pipeline and suspend oil drilling leases, among other things, as further exacerbating the issue.