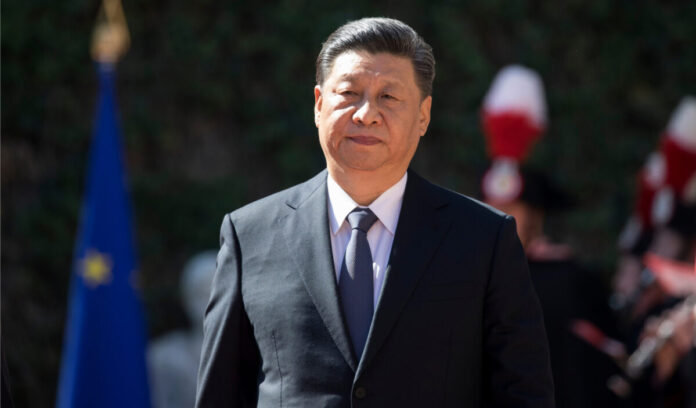 The orders dictate that the CCP’s military wing adopt an outline of 59 separate regulations on a trial basis, according to state-run news agency Xinhua. The outline of regulations focuses on developing China’s military across a suite of regional and global security interests under the guise of promoting “world peace.”

“[The outline] systematically regulates basic principles, organization and command, types of operations, operational support, and political work, and implements them for the troops,” the announcement said.

The outline will prepare the military, the announcement said, for securing China’s sovereignty, security and development interests, and regional stability.

The new guidance will also strictly implement “Xi Jinping Thought on Socialism with Chinese Characteristics for a New Era.”

Xi Jinping Thought refers to Xi’s personally revised brand of communist ideology, which draws on both Marxism-Leninism and Maoism. It has become increasingly prevalent in the CCP as Xi has increased his personal power and the authoritarian reach of the Party. The CCP went so far as to amend its Constitution in 2018 to reference it by name.

There was no further clarification as to what, precisely, the outline would categorize as a “non-war” military action in the CCP’s thinking. Russia’s ongoing war in Ukraine, for example, is only referred to by Chinese and Russian officials as a “special military operation,” and those who call it an invasion are censored in mainland China.

It is possible that Xi could be attempting to prepare China’s military similarly by laying out the legal basis in which it could militarily engage adversaries without acknowledging a conflict as war. To that end, the announcement also said that the outline would “serve as a legal base for military operations other than war.”

The push to trial the new outline of “non-war military actions” could therefore signal that a new surge in CCP aggression is coming to the Indo-Pacific, where the regime continues to forcibly expand its territory through the creation of artificial islands and has sought to box out international efforts to engage with Taiwan.

Historically, the CCP has used its peacekeeping operations to create a diplomatic foundation in foreign nations through which it could expand its military footprint. Its operations in Africa and the Middle East have been used to establish military cooperation agreements, arms and surveillance tech sales, as well as missile and nuclear power development, to say nothing of its overseas military base in Djibouti on the Horn of Africa.

The CCP is currently attempting to expand that type of defense diplomacy throughout the Pacific as well.

The Chinese regime cemented a controversial security deal in May with the Solomon Islands, under which it will provide new infrastructure and security training to the small nation. Likewise, it is funneling billions into the expansion of a naval base and other infrastructure in Cambodia that will grant the Chinese navy unprecedented access to the Gulf of Thailand.

In a similar vein, the CCP rushed an attempt in May to craft a 10-nation security deal in the South Pacific under the guise that it was creating a broad-ranging security and trade agreement. That effort was ultimately rebuffed by the other would-be signatories of the agreement, after it was discovered that the CCP’s deal would require them to accept Confucius Institutes and classes on communist ideology, and may cut off the United States’ ability to fish for tuna in the region.

Xi’s announcement also comes just days after China’s defense minister told U.S. Defense Secretary Lloyd Austin that the CCP would “not hesitate to start a war no matter the cost,” if it was pushed on the issue of Taiwan.

The CCP maintains that Taiwan is a part of its territory, though the island and its holdings have never been under CCP control and have been self-governed since 1949.