Byung J. Pak Will Testify About His Investigation of Voter Fraud in Georgia 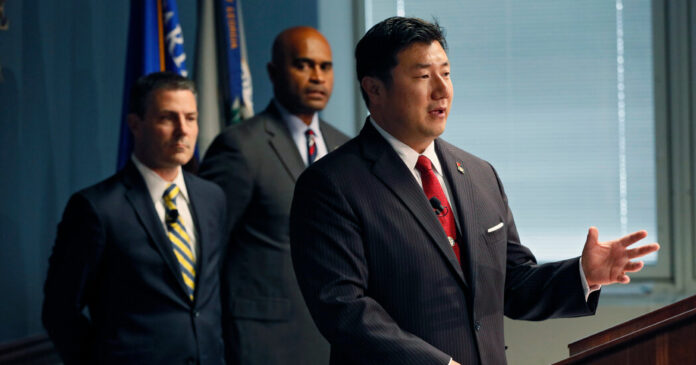 Byung J. Pak, a former U.S. attorney in Atlanta, is testifying Monday on his decision to resign in January 2021 before President Donald J. Trump fired him for refusing to say that widespread voter fraud had been found in Georgia.

In more than three hours of closed-door testimony to the Senate Judiciary Committee on Aug. 11, 2021, Mr. Pak said that he had done his best “to be thoughtful and consistent, and to provide justice for my fellow citizens in a fair, effective and efficient manner.”

While he did not discuss Mr. Trump’s role in his decision to resign at the time, he told the Senate panel that the president had been dismayed that Mr. Pak had investigated allegations of voter fraud in Fulton County, Ga., and not found evidence to support them.

Mr. Pak testified that top department officials had made clear that Mr. Trump intended to fire him over his refusal to say that the results in Georgia had been undermined by voter fraud. Resigning would pre-empt a public dismissal.

He also described work done by state officials and the F.B.I. to vet Mr. Trump’s claims of voter fraud, and said they had not found evidence to support those allegations.