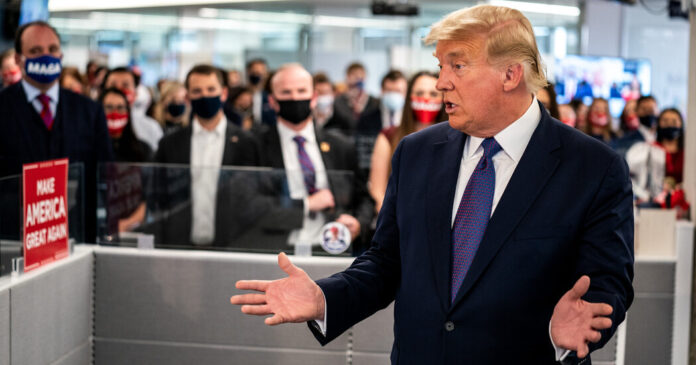 Former attorney general William P. Barr delivered some of the starkest assessments of President Trump’s obsession with voter fraud in the weeks following the election, saying in a recorded deposition that he believed the former president had become “detached from reality” as he pushed the Justice Department to investigate increasingly far-fetched fraud claims.

“He’s become detached from reality if he really believes this stuff,” Mr. Barr testified in a video shown Monday during a hearing by the Jan. 6 committee. Fraud claims about Dominion Voting machines and other conspiracy theories that Mr. Trump embraced were “complete nonsense” and “crazy stuff,” he said.

Mr. Barr said Mr. Trump’s decision to claim victory on election night was strange because many in the president’s inner circle expected that ballots counted later, including mail-in ballots, would favor Democrats.

Mr. Trump, he said, never gave any “indication of interest in what the actual facts were.”

Mr. Barr was one of the few administration officials who pushed back hard on Mr. Trump’s election claims, eventually resigning over Mr. Trump’s pressure on the Justice Department, among other things.

But his testimony in the deposition shown by the committee on Monday differed in tone and temperament from Mr. Barr’s public statements while attorney general.

Several weeks before the election, Mr. Barr told Congress that an election with a lot of mail-in votes would not be secure, a conclusion he said was backed by “common sense.”

After the votes were cast, Mr. Barr never let the public know that he felt Mr. Trump was doing what he said in his deposition was a “disservice” to the country.

Since he stepped down as attorney general in December 2022, Mr. Barr has publicly lauded the former president. During his book tour this year, he said that he would vote for Mr. Trump again if he were the Republican candidate for president.