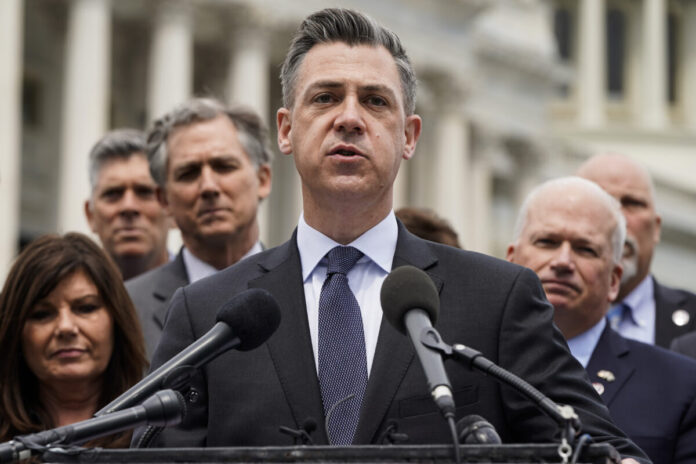 For the first time, House Republicans have included in their annual budget proposal a ban on federal money being used to promote critical race theory (CRT) in schools and the military.

The budget for fiscal year 2023, titled “Blueprint to Save America,” was released Thursday by the Republican Study Committee (RSC), a group of over 150 Republican members of Congress. The proposal not only focuses on balancing the federal budget and reducing government spending, but also supports efforts to combat the infiltration of CRT in America’s institutions.

An outgrowth of Marxism, CRT interprets society through a Marxist dichotomy of “oppressor” and “oppressed,” but replaces the class categories with racial groups. Proponents of CRT see racism in all aspects of American life and demand the implementation of “anti-racist” policies, such as race-based redistribution of wealth and power along perceived lines of “racial inequity.”

“Proponents of CRT ludicrously argue our nation’s founding ideals are a smokescreen for oppression and white supremacy,” the Republicans wrote. “They assert the only solution is to throw away those ideals and divide Americans by race in all aspects of life.”

“Sadly, CRT has spread across American society and made its way into our schools, government agencies, and even our military,” they added, pointing to a number of “disturbing examples” of CRT infiltrating the U.S. Armed Forces.

One of the examples involves a list of books the U.S. Navy recommended last year to its service members. Included in the list were “How to Be an Antiracist” by Ibram X. Kendi and “The New Jim Crow” by Michelle Alexander, two books that examine the American society using a CRT framework and insist that racism is deeply embedded in America’s social and legal systems, particularly the criminal justice system.

Rep. Jim Banks (R-Ind.), who heads the RSC, was among the Republicans who spoke against the Navy’s book choice. The naval officer-turned-congressman denounced them as “anti-American” for portraying the country and the constitution all sailors pledge to defend as something inherently racist and oppressive.

Chief of Naval Operations Admiral Mike Gilday insisted that the books stay on the list, saying that he wanted all Navy personnel to achieve “self-reflection” on the “deep nuances of racism and racial inequalities.” It wasn’t until this March that the Navy backtracked and no longer recommends them.

In addition, the RSC Budget would ban federal dollars from going to “any attempt by the State Department to promote anti-American ideas such as CRT” or to allow the United Nations to audit the U.S. human rights record.

This comes after the Biden administration last year invited E. Tendayi Achiume, a UN expert on “contemporary forms of racism, racial discrimination, xenophobia and related intolerance,” to assess America’s “shortcomings” in these aspects. A Zambia national and professor at the University of California, Los Angeles, Achiume has written reports for the UN on the Netherlands, Qatar, the United Kingdom, and Morocco.