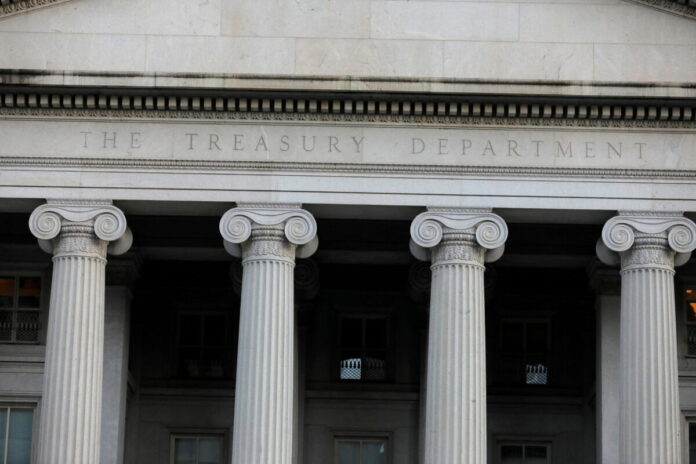 The U.S. Treasury has placed Taiwan and Vietnam on its monitoring list for possible currency manipulation due to the countries exceeding thresholds over the four quarters through December 2021.

The Treasury Department released its semi-annual currency report on Friday (pdf), which assessed the U.S. major trading partners against thresholds that determine whether a country’s exchange rate had been manipulated to gain an unfair advantage in international trade.

It stated that Taiwan and Vietnam exceeded the thresholds of fewer than three criteria established under the 2015 Act over the four quarters through December 2021.

In March, the Taiwanese central bank said it bought a net $9.12 billion last year to intervene in the foreign exchange market, down from a net $39.1 billion for all of 2020 and equating to 1.2 percent of GDP, not exceeding the U.S. Treasury’s threshold of 2 percent to be named a manipulator.

But Taiwan’s trade surplus with the United States hit $40.2 billion last year, a historic high and up almost 30 percent compared with 2020. Taiwan’s current account surplus last year was 14.8 percent of GDP. Both exceed the Treasury’s criteria for possible currency manipulation.

Switzerland exceeded the thresholds for possible currency manipulation over the four quarters through December 2021, according to the report, but the country was not added to the Treasury’s monitoring list.

The Treasury said it will continue its enhanced bilateral engagement with Switzerland, which commenced in early 2021, to discuss the country’s policy options to address the underlying causes of its external imbalances.

The report also raised concerns about China’s failure to publish foreign exchange intervention data and a broader lack of transparency about its exchange rate mechanism.

The Treasury said that it would closely monitor the foreign activities of China’s state-owned banks.

Overall, the Treasury concluded that none of Washington’s 20 major trading partner manipulated its exchange rate with the U.S. dollar to prevent effective balance payments adjustments or gain an unfair competitive advantage in international trade.

“The administration continues to strongly advocate for our major trading partners to carefully calibrate policy tools to support a strong and sustainable global recovery. An uneven global recovery is not a resilient recovery,” Treasury secretary Janet L. Yellen said in a statement.