Why the Jan 6. Committee Hired James Goldston to Produce the Hearings 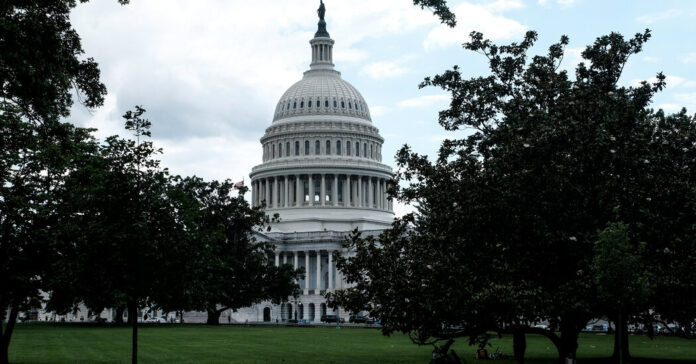 For almost a year, the House select committee investigating the Jan. 6 attack on the Capitol has been painstakingly collecting interviews with 1,000 witnesses and producing over 140,000 documents.

Now, its challenge is to turn the findings of an in-depth inquiry into something digestible for a public with a short attention span and competing priorities — and tell them something new about an attack they watched play out in real time.

It has brought on a veteran TV executive to help do the job, hiring James Goldston, the former president of ABC News, to produce the hearings as if they were a docudrama or a must-watch mini-series.

The plan is to present the case in six tight, thematic episodes that will unfold in prime time and during the day, running 90 to 150 minutes. The idea is to make them as compelling as the marathon Watergate hearings — some of which stretched for hours — but tailored for the streaming era and a media world fueled by viral moments.

Each episode will have a focus: former President Donald J. Trump’s promotion of a lie of a stolen election; his attempts to misuse the Justice Department to cling to power; the pressure campaign on Vice President Mike Pence to persuade him to throw out electoral votes for Joseph R. Biden Jr.; how the mob assembled and descended onto D.C. on Jan. 6; and how Mr. Trump did nothing to stop the violence for more than three hours while the assault was underway.

It is highly unusual for congressional hearings to be carried on television during prime time, which networks typically reserve for major presidential addresses like the State of the Union, or presidential debates. The opening hearing on Thursday and the final one scheduled for June 23 are both set for 8 p.m. The upside for the committee is that it will have a built-in audience of millions of viewers. The danger is that it may squander the opportunity to lay out a compelling narrative that makes Americans understand that what unfolded posed a serious threat to democracy.

That is the crux of Mr. Goldston’s challenge. The panel is hoping that the combination of live witnesses, new evidence and video footage of people close to Mr. Trump testifying, like Jared Kushner and Ivanka Trump, will make for compelling viewing that will drive home the gravity of the former president’s role in stoking an attack on a coequal branch of government.

Republican lawmakers have already begun pushing a counternarrative to dismiss the hearings as nothing more than political theater at a moment when Americans are more concerned with kitchen-table issues like the rising price of gas and a baby formula shortage. Fox News has said it will not carry the hearings, sticking with its regular programming of opinion hosts like Tucker Carlson and Laura Ingraham, who have regularly described the committee’s work as a partisan “witch hunt.”

For Democrats, the sessions are unfolding at a low point politically, as they brace for big losses in the midterm elections. Across the country, voters feels a deep pessimism about the economy and frustration about the rising cost of gas and household goods as summer begins. An ongoing war in Ukraine and back-to-back mass shootings have only pushed to the side the visceral horror many people felt watching a mob of Trump supporters storm the U.S. Capitol 17 months ago.

But many House Democrats regard the hearings as a chance to recapture voters’ attention and prompt them to think about the coming election not as a referendum on Democratic control of Congress but as a choice between democracy and extremism.

“When these hearings are over, voters will know how irresponsibly complicit Republicans were in attempting to toss out their vote and just how far Republicans will go to gain power for themselves,” said Representative Sean Patrick Maloney, the Democratic campaign chair.

Representative Hakeem Jeffries, Democrat of New York, said on Twitter that the hearings would “fully expose the cult’s extreme effort to overthrow the U.S. government.”