Who Is Stephanie Murphy and What Is Her Role on the Jan. 6 Committee? 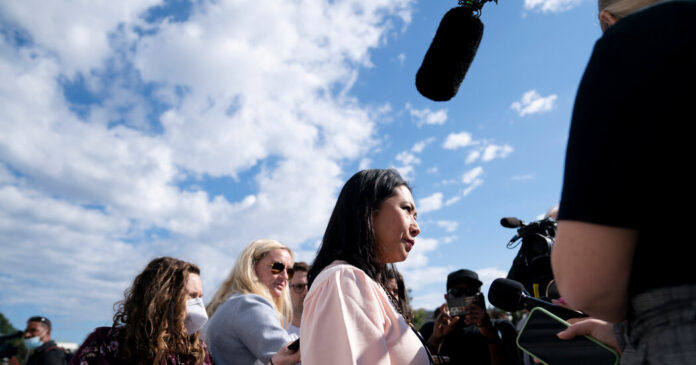 In spring 2002, Representative Stephanie Murphy, a Florida Democrat who was born in Vietnam, returned to the country for the first time as an adult with her father, as local elections were underway. She was shocked by the propaganda, as well as her relatives’ frank acknowledgment that their votes would not make a difference.

Her aunt “basically checked the box, literally, on having voted — but knowing that it didn’t matter what box she checked,” Ms. Murphy recalled in an interview. “That, to me, is so stunning. And we can’t, in this incredible democracy, sow that kind of cynicism and allow people to get to a place where they believe that their vote doesn’t count.”

Her family’s escape from a war-torn Vietnam to the United States is part of what has shaped Ms. Murphy’s work on the select committee investigating the Jan. 6 attack on the Capitol. The first Vietnamese American woman elected to the House, Ms. Murphy is also reflecting on the work she did as a national security specialist for the Defense Department that often involved what she described as struggling or nascent democracies abroad.

“I don’t want anybody, Democrat or Republican, in the future to be able to exploit the system, because then we’re no better than the autocracy I escaped,” she said.

She added, “I believe in our democracy, and I believe that as a citizen and an elected member, I have a responsibility to do everything I can to protect it. I just know how fragile it is.”

As a lead member of the moderate Blue Dog Coalition, Ms. Murphy has both worked closely with leadership and at times frustrated them with demands issued on behalf of the dwindling group of moderates in her party. She has privately worked to elevate newer members and counter the top-down leadership style imposed by the generation of octogenarians overseeing the party.

Her appointment to the committee, however, is the latest instance in which Democratic leaders have elevated Ms. Murphy as a representative of the broader caucus, where her reputation for pragmatism could help counter charges of partisanship.

“My hope is that the viewers of the hearings come to it, setting aside their reflexive partisan framework and cynicism about politics in America, and view the information we have to provide with an open mind,” she said.

She announced she would not seek re-election in November, facing the prospect of a more conservative district. Ms. Murphy, who toyed with running for the Senate this year against Marco Rubio, a Republican, has not ruled out seeking another political office.