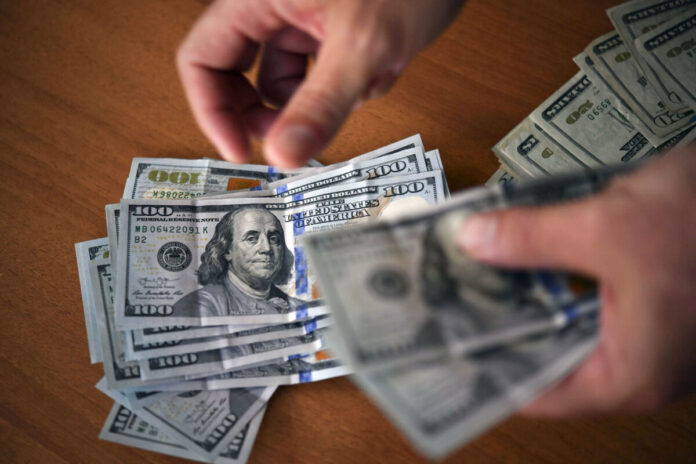 Wealth across households in the United States dropped for the first time in two years in the first three months of 2022, a Federal Reserve report released on Thursday showed.

The Fed blamed “sizeable” stock market declines that wiped out $3 trillion in the first quarter. The loss was partly offset by a $1.6 trillion increase in real-estate value and a high rate of personal savings.

Household net worth declined $0.5 trillion to $149.3 trillion in the first quarter, down from a record $149.8 trillion at the end of 2021, primarily impacted by a drop in stock prices and robust gains in house prices, the Fed said.

Bank accounts of households rose in the first three months of the year, with checkable deposits and currency gaining about $209 billion to $4.29 trillion, according to the Fed’s data. Time and savings deposits rose about $59 billion to $11.28 trillion.

The latest figures mark the first decline in household wealth since the onset of the COVID-19 pandemic in the first quarter of 2020.

Elsewhere, household debt grew by 8.3 percent in the first quarter, to $18.3 trillion. It was slightly higher than in the previous quarter, which the Fed said was a reflection of strong growth in both home mortgages and consumer credit.

“The ratio of household net worth to disposable income was about equal to the record high of 8.2 posted last quarter and remains well above the level seen just before the pandemic in 2019,” officials noted.

The latest figures come as the cost of living continues to surge across the country. April’s annual inflation came in at 8.3 percent, falling slightly from the 40-year high of 8.5 percent in March.

Several White House officials this week noted that gas prices are likely to surge over the summer.

Commerce Secretary Gina Raimondo said that the Biden administration has fewer and fewer options to bring down gas prices.

Meanwhile, the Federal Reserve is still aiming to get inflation back down to 2 percent without pushing the economy into recession.

Federal Reserve Chair Jerome Powell said in May that ongoing supply chain disruptions and “huge geopolitical events going on around the world,” could wreak havoc with those plans, but that officials should “control the controllable.”