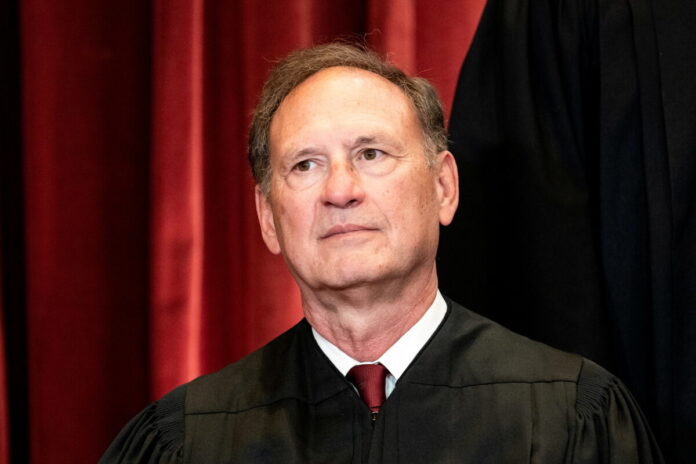 The high court’s order came near the end of the business day on June 9 and despite a state law that requires that ballots received on time but missing a handwritten date on the envelope be rejected. The Pennsylvania Republican Party takes the position that undated mail-in ballots should not be counted.

The Supreme Court decision, which will affect other elections in the Keystone State, came too late for former hedge fund CEO David McCormick, who on June 3 conceded the U.S. Senate primary contest to celebrity heart surgeon Mehmet Oz who was endorsed by former President Donald Trump.

McCormick had sued in state court trying to force election officials to count absentee and mail-in ballots that were received on time and stamped by the county boards but on which voters failed to write a date on the exterior mailing envelope. On June 2, Pennsylvania Commonwealth Court ruled (pdf) in McCormick’s favor, ordering that contested ballots be included in the count, The Epoch Times reported.

In the election for the judgeship, Republican David Ritter currently holds a 71-vote lead over Democrat Zachary Cohen. Citing state law, Ritter attempted to prevent the processing of additional ballots, but the American Civil Liberties Union (ACLU), acting on behalf of a group of voters, asked for the count to continue.

On May 27, a three-judge panel of the U.S. Court of Appeals for the 3rd Circuit ordered (pdf) the state to count the undated mail-in ballots.

Judge Theodore McKee, who was appointed by then-President Bill Clinton, wrote for the panel that Congress passed the Materiality Provision of the federal Civil Rights Act “to ensure qualified voters were not disenfranchised by meaningless requirements that prevented eligible voters from casting their ballots but had nothing to do with determining one’s qualifications to vote.”

“Ignoring ballots because the outer envelope was undated, even though the ballot was indisputably received before the deadline for voting serves no purpose other than disenfranchising otherwise qualified voters. This is exactly the type of disenfranchisement that Congress sought to prevent,” McKee wrote.

On May 31, the Supreme Court got involved in the judicial election when Justice Samuel Alito temporarily stayed (pdf) the 3rd Circuit ruling “pending further order of the undersigned or of the Court.”

The new order (pdf) in the case known as Ritter v. Migliori, court file 21A772, was unsigned and there is no indication of which justices voted to lift the stay, but three justices voted against removing it. Justices Clarence Thomas and Neil Gorsuch joined a dissenting opinion written by Alito.

The decision by the 3rd Circuit is probably wrong, Alito wrote in the dissent, expressing concern about “the effect that the Third Circuit’s interpretation” of federal law “may have in the federal and state elections that will be held in Pennsylvania in November.”

It follows, Alito added, that a state’s “refusal to count the votes of these voters does not constitute a denial of ‘the right to vote.’”