Mysterious Hard Object Inside Catfish Turns Out To Be Sex Toy 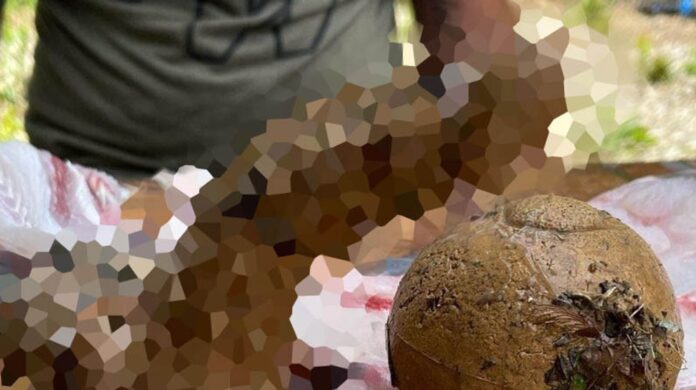 You should have seen the one that got away.

When Richard Kesar of Shelbyville, Indiana, took his friend Jon Hoop fishing on the Ohio River last week, the goal was for Hoop to land his first blue catfish.

Well, he did, but this fish came with a secret toy surprise: a sex toy to be specific. (Warning: The photo below is not safe for work.)

“We noticed when we got it in the boat that its stomach was huge,” Kesar told Bloomington, Indiana Fox affiliate WXIN. At first, he assumed it was because of eggs or maybe some wildlife the fish had eaten.

“It’s common to find other fish, sometimes turtles, muskrats, and other animals,” he told the station.

It wasn’t until later in the day that he actually pressed down on the catfish’s abdomen and felt two hard objects that he knew couldn’t be eggs.

Kesar posted photos of the catfish and that “other object” on his Facebook page, where it immediately aroused, er, interest to the tune of more than 19,000 shares as of Friday afternoon.

It has also created some challenges for him as the Dad of a three-year-old girl.

“When it came out, Jon, my wife, and I started laughing,” he told WXIN. “My wife immediately covered my daughter’s eyes and turned her away from it.”

The daughter keeps asking what it is, but that’s probably a conversation for a different time.

Kesar told HuffPost via Facebook that Hoop has the catfish, but he didn’t think his fishing companion had eaten it “yet.”

Meanwhile, he still has “the other object,” but probably not for much longer.