Malaysia Abolishes Mandatory Use of the Death Penalty – The Diplomat 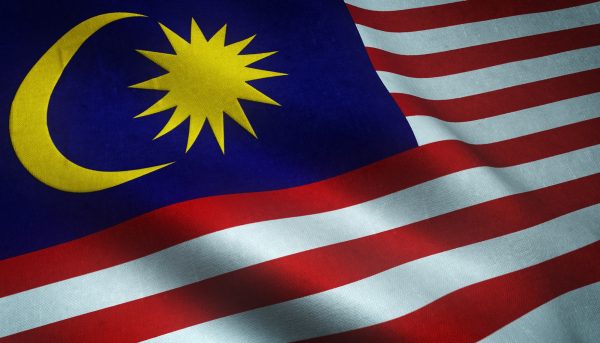 According to a report by Free Malaysia Today, Law Minister Wan Junaidi Tuanku Jaafar said in a statement (here it is in Bahasa Melayu) that the decision was reached following his presentation of a report on substitute sentences for the mandatory death penalty at a cabinet meeting on Wednesday.

“This shows the government’s emphasis on ensuring that the rights of all parties are protected and guaranteed, thus reflecting the transparency of the country’s leadership in improving the country’s criminal justice system,” Wan Junaidi said.

The statement said that the relevant laws will now be amended, and that cabinet had also agreed for a further study to be carried out on the proposed substitute sentences for 11 offences carrying the mandatory death penalty. One of these is the Section 39B of the Dangerous Drugs Act 1952, which has led to scores of non-violent drug offenders being placed on death row.

“This action is very significant to ensure that the amendments to the relevant Acts take into account the principles of ‘proportionality’ and the constitutionality of any proposal to the government later,” the statement continued.

While the decision falls short of what death penalty abolitionists would have hoped for – the ban applies to the mandatory death penalty, and not the use of the death penalty as such – it is hugely significant that judges now have the leeway to impose alternative and more proportional punishments when they see fit.

The Malaysian decision represents a rare glint of progress in a region where the use of the death penalty remains common. According to the advocacy group Amnesty International’s latest global report on death sentences and executions, just two Southeast Asian nations – Cambodia and the Philippines – have fully abolished the judicial use of the death penalty. These nations and Malaysia were the only three Southeast Asian countries to vote in favor of a United Nations General Assembly resolution calling for a moratorium on the use of capital punishment in November.

The move follows shortly after an announcement by Myanmar’s military junta that it plans to execute four political prisoners who are among the 114 people who have been sentenced to death by military tribunals since last year’s coup. It also follows a resumption of executions in Singapore following a pandemic-induced hiatus. In March, Singaporean authorities hanged Abdul Kahar Othman, a 68-year-old Malaysian national on drug charges. This was followed in late April by the execution of Nagaenthran K. Dharmalingam, also a Malaysian national convicted of drug offenses, in the face of massive international calls for clemency – including from the Malaysian government.

The fact that Kuala Lumpur spoke out about Nagaenthran’s case while retaining the use of the mandatory use of the death penalty was described recently by the advocacy group Human Rights Watch as “hypocritical.” The group pointed out that had Nagaenthran committed the same offense – attempting to carry 42.72 grams of diamorphine into the country – in Malaysia, he also would have faced the death penalty.

The hypocrisy may point to the fact that Malaysia has been skirting around the edges of this move since 2018, when the reformist Pakatan Harapan government that was elected in that year’s general election promised to ban capital punishment. While this was later watered down to a pledge that it will merely abolish the mandatory use of the death penalty, the finalization of this move will have huge ramifications for the hundreds of people on death row, and hundreds of others charged with drug offenses.

Until the actual laws are amended, however, there are reasons to be cautious. As the Kuala Lumpur-based criminal lawyer Goh Cia Yee noted on Twitter, a 2017 ban on the mandatory death sentence for drug trafficking offenses ended up having little effect, since the enabling amendment “ended up merely limiting the circumstances in which the death penalty may not be given for the offense.” As a result, the judges’ ability to avoid the death penalty were limited. He added, “We should ensure that this is avoided because we may end up with a false political win without any actual legal or practical impact. Such a situation would only hamper the efforts of death penalty abolitionists and dilute the calls for actual reform.”

A report from August 2020 stated that Malaysia holds approximately 1,324 people on death row, many of them for non-violent drug crimes. While the nation will continue to take a hard line on drug offenses – not for Malaysia the almost cheerful decriminalization of cannabis that took place in Thailand this week – this reform, if implemented properly, could result in it executing a lot fewer people on these charges. For those unfortunate to be swept up into the drug trafficking trade, being caught would then no longer be such a stark question of life and death.