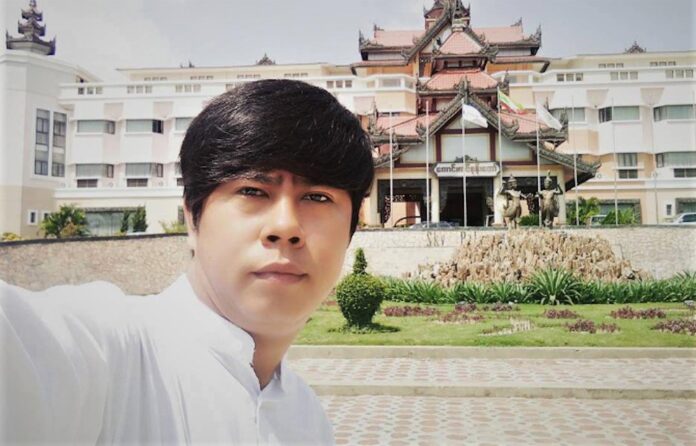 A photojournalist who had worked for The Irrawaddy newspaper has been charged under Section 505 (a) of the Penal Code by the Military Council at the junta’s special court in Mandalay’s Obo Prison. A lawyer, who spoke on condition of anonymity, told RFA that Zaw Zaw’s first court trial took place on Wednesday.

“The case started on the 6th of June. The power of attorney was sent on the 8th of June,” the lawyer said. “I saw that he was in good health, except for being a little thin, with no signs of torture. It’s not known why he was only charged with Section 505 (a) since a copy of the case file has not been made.”

The case is being prosecuted by Police Chief Myint Lwin from the No.1 Police Station of Aung Myay Thar Zan Township in the Mandalay region and will be heard every Wednesday.

Section 505 (a) of the Penal Code prohibits members of the military and government employees from undermining support for the government or the military, lacking discipline, or slacking in the performance of their duties. It also prohibits harmful, disruptive or destructive actions and carries a maximum sentence of three years in prison.

Zaw Zaw, 35, stopped working for The Irrawaddy after the military coup and continued to live in Mandalay with his family.

He was arrested on April 10 this year on his way back from a donation ceremony, according to a news source close to his family.

“On the day he was arrested, he told junta forces that he was no longer a journalist but his computer and cell phone were confiscated when they searched his home,” the source told RFA. “I heard that he was taken to the Mandalay Palace’s interrogation center. I later found out that he was in Obo Prison.”

Zaw Zaw’s family members have not been allowed to see him.

A Defense Service Information Team statement issued on May 20, said that Zaw Zaw Aung, a resident of Daw Nu Bwar Ward, had used the name Zaw Zaw Diana in a Facebook account to incite the public to destabilize the country and spread propaganda.

Journalists have been increasingly targeted since the February 1, 2021 military coup. More than 135 have been arrested since the coup, 61 of whom remain in custody in various prisons.

Journalists are being prosecuted under Section 505 (a) of the Penal Code as well as Section 124 of the Penal Code, an anti-terrorism law which provides for long prison sentences, lawyers representing the accused told RFA.

Myanmar ranked 176 out of 180 countries on the Reporters Without Borders (RSF) 2022 Press Freedom Index. RSF described Myanmar as “one of the world’s largest prisons for media professionals.”

Journalists also face threats from supporters of the military regime. In April, the Mandalay branch of the Thway Thauk, or “Blood Comrades” militia called for the deaths of reporters and editors working for news outlets including The Irrawaddy, Mizzima, Democratic Voice of Burma (DVB) and The Irrawaddy Times, along with their family members.