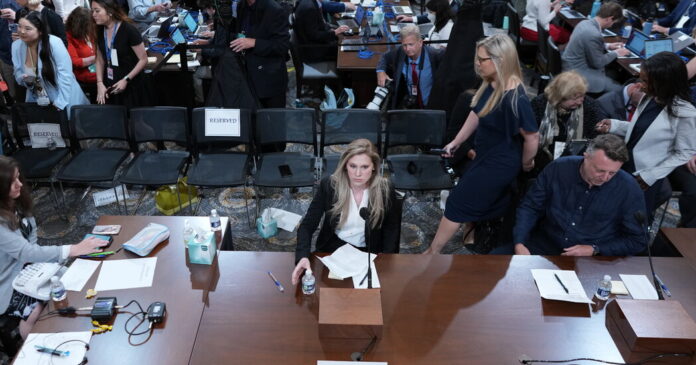 After Capitol Police Officer Caroline Edwards suffered a concussion during the mob attack on Congress on Jan. 6, 2021, she didn’t stay down long.

Moments after rioters toppled the barricade where she was stationed outside the Capitol, she was back in the fight, trying to prevent others from entering the building.

“I received a traumatic brain injury on the west front,” she said in an interview with The New York Times last year. “One of the things about that kind of fight is you receive your injury, but you get back up and you get back on the line. And that’s what all we all did. Every single person that was injured that day, I didn’t see anybody kind of tap out. We were all just getting back on the line that day.”

Officer Edwards is expected to be one of two witnesses who will testify on Thursday at the first in a series of six public hearings laying out the findings of the House committee investigating the attack on the Capitol.

Ms. Edwards, a well-respected officer who serves on the union board, is believed to have been the first officer injured in the attack on the Capitol, when she was struck during an assault at a barricade at the base of Capitol Hill. A man who has been charged with taking part in the assault, Ryan Samsel, told the F.B.I. during an interview more than a year ago that just before he approached the barricade, Joseph Biggs, a high-ranking member of the Proud Boys, encouraged him to confront the police.

Other officers around the building recall hearing Officer Edwards call for help over the radio — one of the first signs the mob violence was beginning to overrun the police. Months after the attack, she continued to have fainting spells believed to be connected to her injuries.

Officer Edwards will be the fifth officer to testify live before the committee. Four others shared their experiences with the panel last year.

One of those officers, Harry Dunn, trained Officer Edwards.

“She is such a great officer and an even more amazing human being,” he wrote about her on Twitter. “She’s like a little sister to me and what she and other officers went thru that day, didn’t deserve. She is a SHERO and definition of AMERICAN PATRIOT. You will hear her testimony, her story on Thursday. I am so proud of her for her bravery that day and every day after.”