Biden to Visit Port of Los Angeles, Casting Inflation as a Global Problem 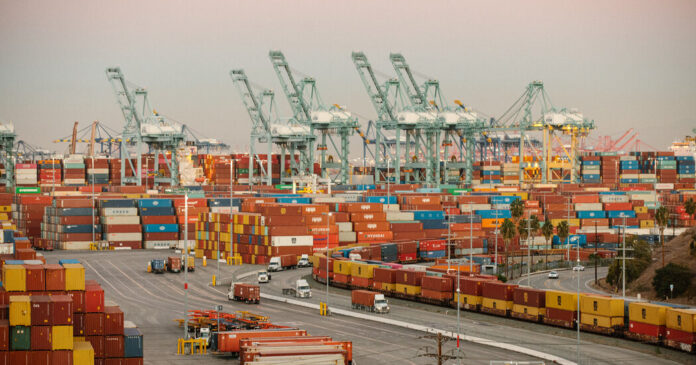 “We’re coming into the holiday shopping and back to school season, and retail demand is still relatively strong,” said Jonathan Gold, the vice president of supply chain and customs policy at the National Retail Federation. “There’s obviously concern about the impact inflation could have, but right now, we haven’t seen that hit yet.”

Phil Levy, the chief economist at Flexport, said that shipping times and prices had dropped somewhat, and that American companies were amassing larger inventories of goods that had been scarce through the pandemic. But it wasn’t clear what was driving the change, he said.

“Is this because people are being cautionary?” he said. “Is it seasonal? Is it a slowdown in consumer demand? You get put in the unsatisfying position of saying, ‘I need to see more data.’”

Mr. Seroka at the Port of Los Angeles insists that he hasn’t seen consumer demand fall yet. The port recorded its busiest first quarter in history this year, and its second busiest April. On Friday, it is scheduled to announce new figures on the cargo it processed in the month of May, which Mr. Seroka said would be “sensational.”

The port was expecting an “earlier than normal peak season,” Mr. Seroka said, as volumes out of China rise as lockdowns lift, and as retailers bring fall products over earlier to avoid supply chain slowdowns.

“As inventory levels improve for appliances, furniture and maybe fixtures, you might see a little bit of softening in those segments,” he said. “But the retail goods we’re buying at the big boxes, the home improvement store, even our neighborhood hardware stores, continue to be extremely good.”

A slowdown was “not happening in my neck of the woods,” he said.