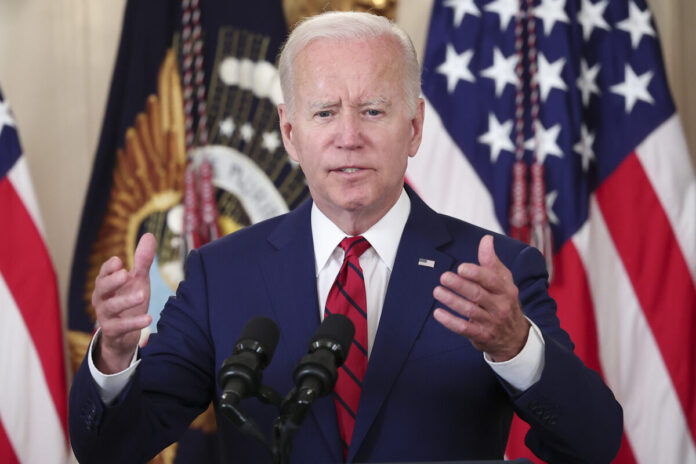 According to the White House’s announcement on June 6, the tariff suspension applied to these imports from  Cambodia, Malaysia, Thailand, and Vietnam, that supply about 80 percent of photovoltaic cells and modules used in the United States, and will be effective for two years.

Biden also activated the Defense Production Act (DPA) to help industries accelerate domestic production and give solar manufacturers other incentives through federal purchasing. The scheme is set to help reach Biden’s goal of a net carbon-neutral energy sector in the next 13 years.

White House press secretary Karine Jean-Pierre said the move came in response to an energy emergency: “in this case the threat to the availability of sufficient electricity-generation capacity to meet expected customer demand.”

In March, the Commerce Department launched an investigation into whether Chinese solar manufacturers had been improperly funneling parts through those four Asian countries.

The probe came following an appeal lodged by California-based Auxin Solar with the Commerce Department alleging that China was illegally bypassing existing tariffs aimed at ensuring fair competition for American products. In 2011, the United States charged China with dumping solar panels in the U.S. market, that is, selling them below cost to drown out local competitors.

The administration said the two-year moratorium would not affect the existing probe, but said that these imports will not be subjected to retroactive tariff collection.

The White House said that the suspension would be the “bridge” helping to boost the stalling solar industry in the United States.

Yet, Auxin argued that Biden’s actions would help China’s state-subsidized solar companies at the expense of U.S. manufacturers.

According to Rashid, the White House neither consulted with Auxin nor other U.S. producers prior to the announcement.

Auxin is now “evaluating all of our legal options,” he said.

Meanwhile, Timothy Brightbill, a legal representative for domestic solar manufacturers, said that the declaration of a national emergency was used as the pretext to denounce the ongoing trade examination.

“That is unprecedented, it is bad law and it is extremely bad, short-sighted policy, because it only makes us more dependent on Chinese-owned solar companies,” Brightbill told AP on June 7.

His argument echoed that of Sen. Ron Johnson’s (R-Wis.), who said that Biden invoked a wartime law, the DPA, to purchase Chinese solar panel parts.

“I think this is a lawless act by this administration,” Johnson told Newsmax on Tuesday.

Hannah Ng is a reporter covering U.S. and China news.