US Jobless Claims Hit 5-Month High, But Unemployment Rolls Are At Their Lowest Since 1969 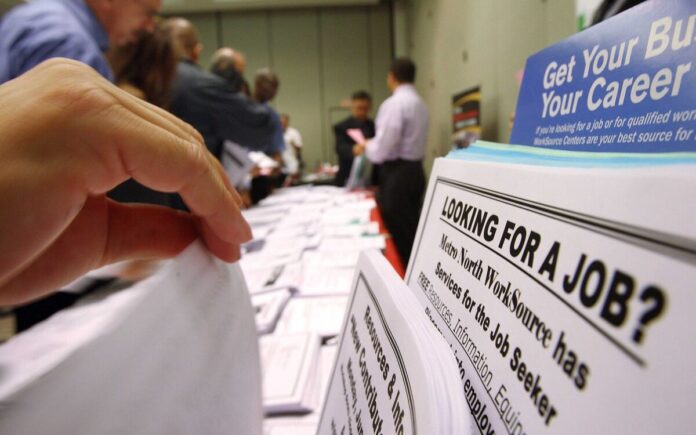 Despite a strong employment scene, U.S. jobless claims rose to their highest levels in nearly five months around Memorial Day, with 27,000 claims submitted, according to a report from the Labor Department released on June 9.

Claims for the week ending June 4 totaled 229,000—the highest since mid-January, well ahead of the 210,000 Dow Jones estimate, as the labor market still remains tight.

The four-week moving average for continuing claims remains below average at 1.306 million at the end of last month, the lowest level since Jan. 10, 1970, when unemployment rolls stood at 1.32 million.

The insured unemployment rate held at a record low 0.9 percent at the end of May, while unadjusted claims also rose by 1,008 to 184,604 last week.

The total unemployment rate is currently at 3.6 percent, near levels not seen since 1969.

The rise in jobless claims comes after the June 3 Bureau of Labor Statistics’ report for May 2022, which showed that nonfarm payrolls rose by 390,000, better than expected.

“This means that the recent increases in the seasonally adjusted data have occurred because the underlying level of filings has not moved down by as much as the seasonal factors anticipated, but not because of an actual increase in the real-world level of filings,” Daniel Silver, an economist at JPMorgan, told Reuters.

“We also should keep in mind that the data can be noisy from week to week and particularly noisy around holidays like Memorial Day.”

The unemployment rate remains steady at 3.6 percent for a third straight month and is expected to decline in the coming months.

Claims remain low since they tumbled to a more-than 53-year low of 166,000 in March, after falling from a record high of 6.137 million in April 2020 at the beginning of the COVID-19 pandemic lockdowns.

With 11.4 million job openings at the end of April, demand for labor remains strong, while economists are seriously concerned with last week’s uptick in claims.

Companies have continued to hire despite a concern that the U.S. economy may be headed toward a recession due to inflation, fuel shortages, and global supply chain problems pushing up prices.

There have been some reports of companies planning on freezing hiring or contemplating layoffs in anticipation of a recession by 2023.

The Federal Reserve is attempting to bring down 40-year-high inflation by cooling the labor market without raising the unemployment rate too high.

The European Central Bank announced on June 8 it would begin a series of interest rate hikes starting in July, ending its long-running stimulus policy, to fight high inflation.

Meanwhile, stocks on Wall Street were lower today, with the dollar rising against foreign currencies and 10-year U.S. Treasuries yields rising to 3 percent.

Reuters has contributed to this report.