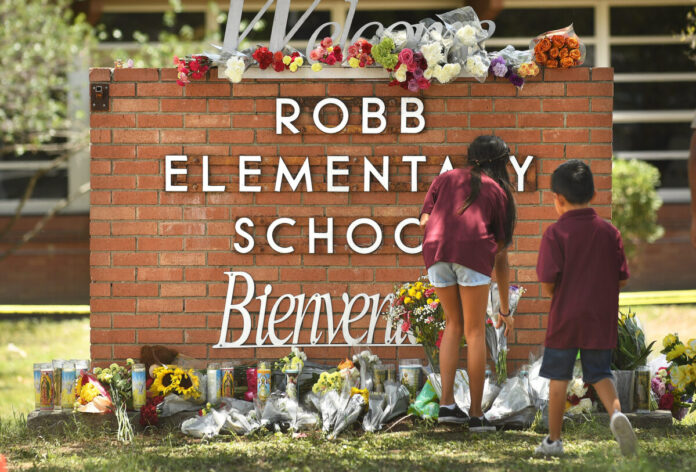 Republican lawmakers are pushing to reallocate $150 billion of unused COVID relief funds for schools to strengthen physical campus security measures in the wake of the school shooting in Uvalde, Texas.

Sen. Roger Marshall (R-Kan.) has partnered with a number of Republican lawmakers on the legislation titled the Safe Schools Act.

“While we made some progress in previous legislation to make our schools stronger, harder, and safer, certainly there is more that can and must be done immediately to protect kids,” Marshall told Fox News.

The new bill would remove the requirement that the available funds from the Elementary and Secondary School Emergency Relief Fund be used for COVID-related purposes.

Following the mass shooting at Robb Elementary School in Uvalde that ended with 19 children and two teachers killed, Republican and Democratic lawmakers have been at odds on the issue of gun control.

The Democrats have pushed for stronger gun control including banning semiautomatic firearms, lifting the minimum purchasing age for some guns from 18 to 21, banning magazines that take more than 10 rounds, and banning civilians from purchasing body armor.

The Republicans have pushed for measures that protect the Second Amendment rights of law-abiding Americans while also strengthening school security and addressing the mental health factors that lead suspects to carry out mass shootings.

“What happened in Uvalde was a horrific tragedy. While many have been quick to play politics, one thing we can all agree on is that Congress must act to harden schools,” Marshall said.

“For these reasons, I am introducing this legislation that allows the abundance of unused COVID relief dollars to be diverted to secure schools in Kansas and throughout the nation.”

The bill would also provide for an anonymous reporting system for threats, training to prevent student violence, and better equip law enforcement and school administrators.